Tawakkol Karman: Believing in Ability to Achieve Dream of Freedom 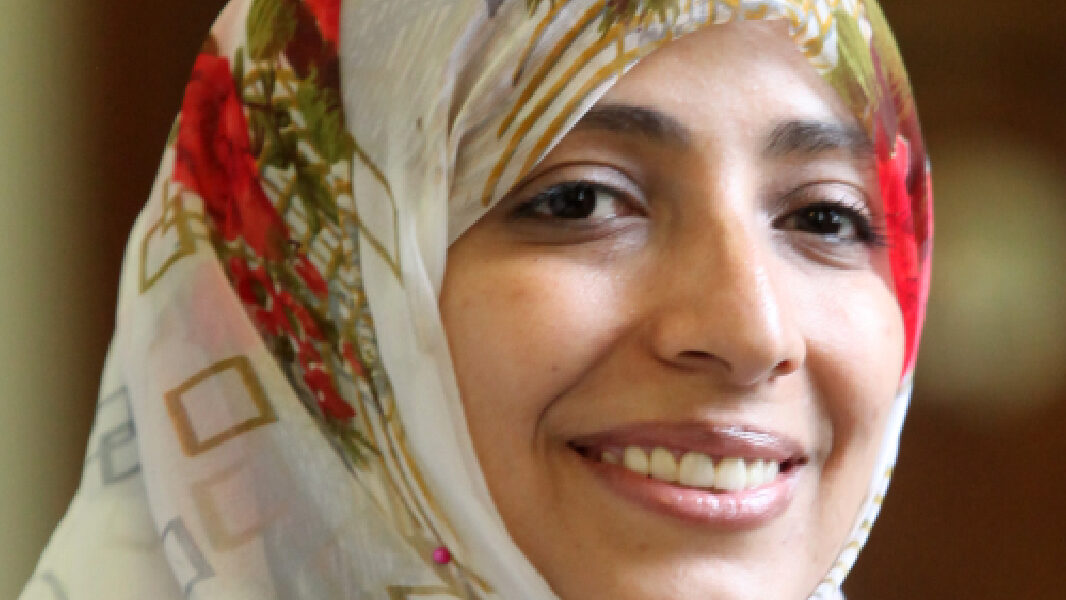 Tawakkol Karman: Believing in Ability to Achieve Dream of Freedom

Harsh realities experienced during childhood can sometimes sharpen the focus and dogged commitment for one’s life’s work as an adult. That is the case for Tawakkol Karman, who grew up in Yemen during a time of great of great tumult and unrest, and went on to become a fierce advocate for democracy and human rights in her country.

She lived through the unification of North and South Yemen in 1990, the civil war that followed in 1994, which the North won, and the subsequent rebellion in the South as the North’s repressive government took control.

But Tawakkol Karman turned the trauma experienced as a child into a fierce determination, stepping forward as a leader in the nonviolent struggle for the safety of women and for women’s rights to fully participate in peacebuilding work in Yemen.

The human rights activist, politician, journalist, and mother of three has received numerous awards acknowledging her ongoing fight against government corruption and efforts on behalf of women in Yemen and the media, including being featured on the cover and named among TIME Magazine’s 100 Women of the Year, where she was described as “the torchbearer of the Arab Spring.”

She is the founder of Women Journalists Without Chains, which advocates for rights and freedoms and provides media skills to journalists. She also was recently named to Facebook’s Oversight board – a group of 20 independent experts from around the world who are committed to moderating content and preventing hate speech and extremism from spreading on Facebook and Instagram.

During Upswell Pop-Up #6, Karman will join IS President and CEO Dan Cardinali and Lynne Twist, author of The Soul of Money, as part of Upswell’s conversations with the women of the Nobel Women’s Initiative, which have included Jody Williams, Leymah Gbowee, and Dr. Shirin Ebadi.

Karman will share her road to becoming a prominent leader in the struggle for women’s rights, and democracy and peace in Yemen, as well as her thoughts on the world’s response to the pandemic, and the movements occurring here in the United States and around the globe on behalf of democratic values, racial equity, and human rights.

The Indomitable Spirit of the Human Rights Struggle
July 29, 2020