The Indomitable Spirit of the Human Rights Struggle 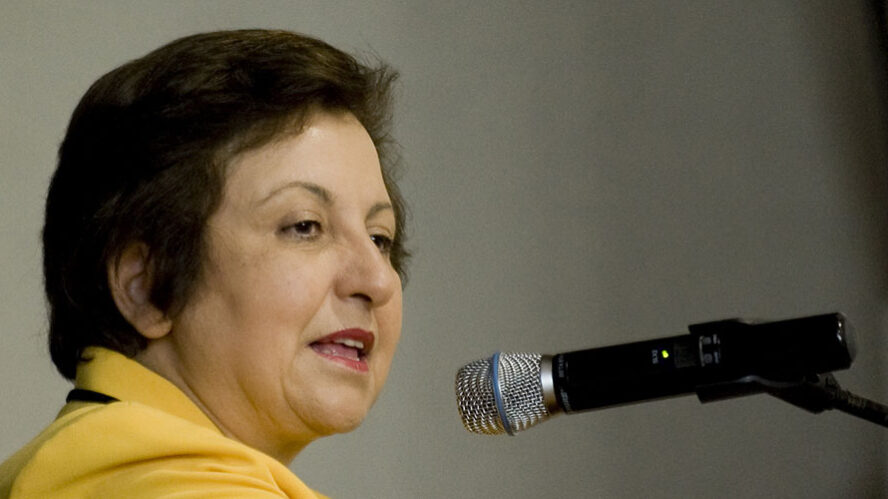 The Indomitable Spirit of the Human Rights Struggle

Dr. Shirin Ebadi was an accomplished attorney, and one of Iran’s first female judges. She also served as president of the city court of Tehran from 1975 to 1979 and was the first Iranian woman to achieve Chief Justice status.

But that all changed when she and other women judges were dismissed from that position after the Islamic Revolution in February 1979. She was made a clerk, instead. Standing up for the rights of women, children, and political prisoners in Iran, Dr. Ebadi’s life was threatened, she was arrested numerous times, and almost everything was taken from her – her livelihood, her marriage, and her family.

But they could not take away her resolute spirit, nor extinguish her tireless work on behalf of human rights, and in 2003, Dr. Ebadi was awarded the 2003 Nobel Peace Prize for her extraordinary efforts, the first Muslim woman to receive the Nobel Prize.

Continuing our Upswell Nobel Women’s Initiative series, Dr. Ebadi, a co-founder of the Initiative, will join us during Upswell Pop-Up #5 in a pre-recorded conversation with Lynne Twist, founder of The Soul of Money Institute, about her accomplished career, amazing journey, and her trust in the indomitable power of the struggle to secure human rights as a universal standard. Dr. Ebadi speaks Farsi, and her conversation with Lynne will be translated by her friend of many years, Shirin Ebadi.

We’ll also hear Dr. Ebadi’s reflections about racism and discrimination taking place around the world, as well as her wise words that will serve us well as we work individually and as a sector toward making America a more just and equitable society.