Q&A with George Aye: the illumination of trauma-informed training 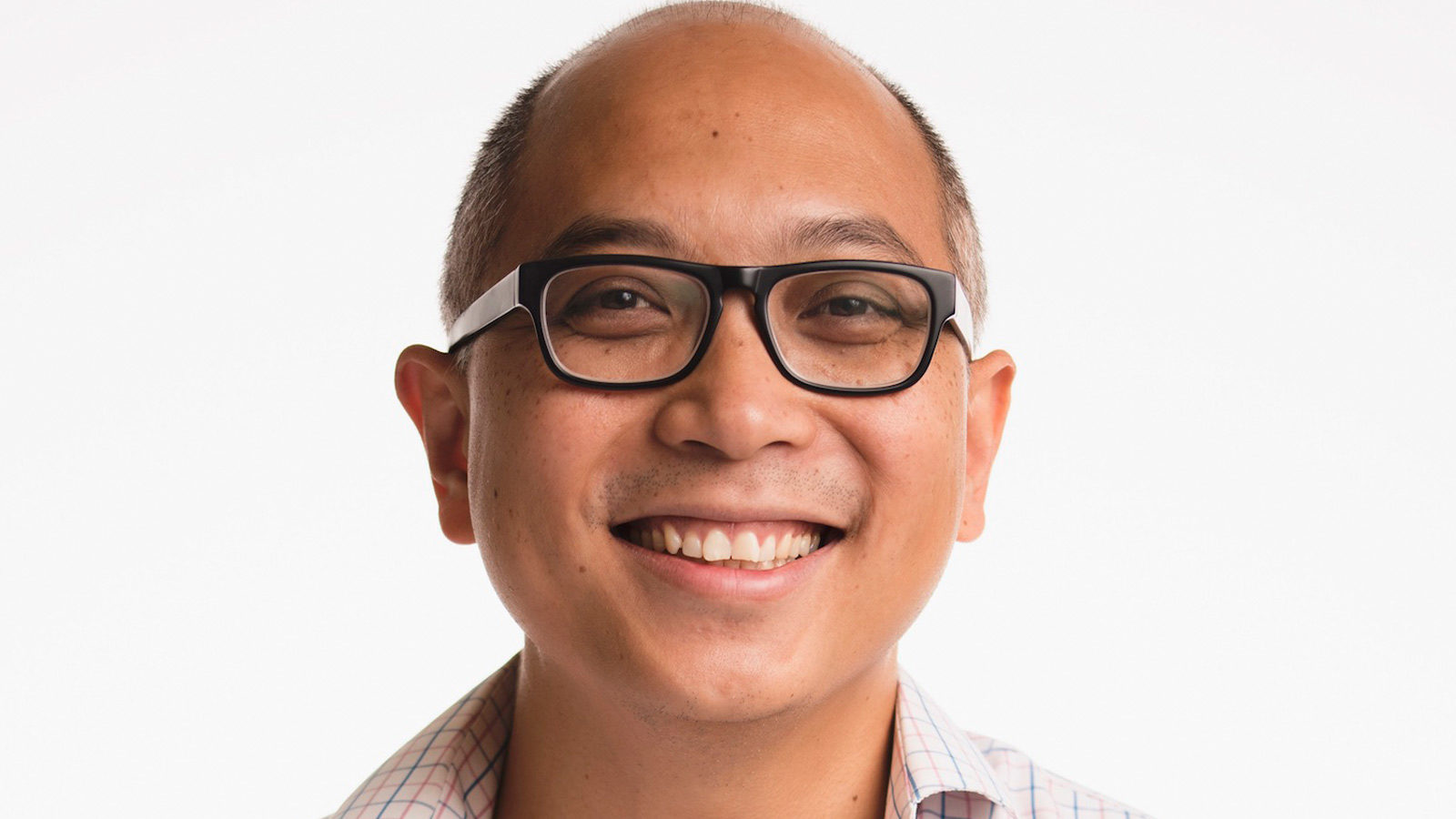 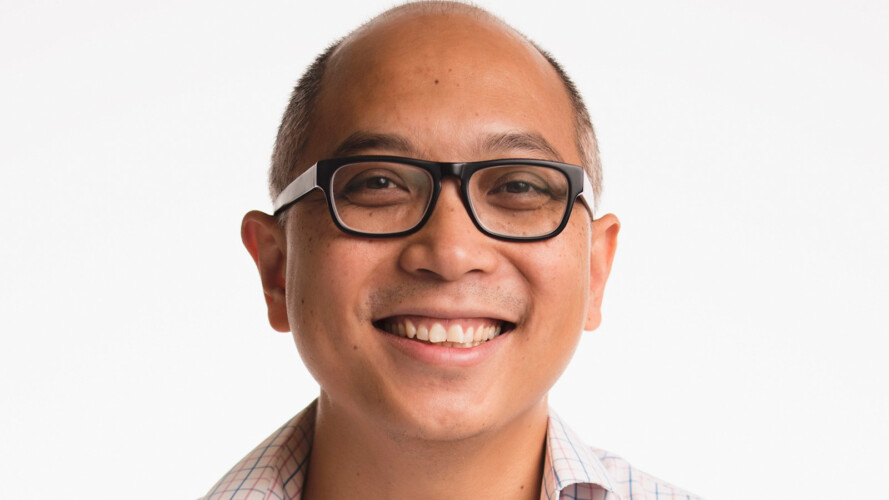 Q&A with George Aye: the illumination of trauma-informed training

George Aye found he had a lot to learn when transitioning from commercial design to human-centered design. And what he’ll share with sector leaders in his workshop will inform their decisions when selecting designers best-suited to help them meet the needs of the communities they serve. Learn more about George, including how what many would consider an unfortunate experience was actually a stroke of luck.

Q: What would you attempt to do if there were no risks attached?

GA: I would love to explore music. It sounds ludicrous, but I feel like there are so many aspects of my life that are pinned down by responsibility around the studio and the field, that having some time to explore how music could enter my life would be really invigorating for me. But there’s so little time to do that. I’d feel that I was always letting somebody down if I took time away from that work to learn the piano, which at 43 is really tricky to try and fit into someone’s life. I want to make music, and there is tangentially a way to make it fit into my worklife. I think just perpetually being creative is something I can’t help but want to do. And I feel like I do a lot of that with the work we do here, but music would be a totally different medium that I want to be able to work in.

Q: What would you change if you could get a “do over” in your life?

GA: I don’t know if I would have waited so long to start a business. I think the gut instinct had been that there’s no way to make a living doing design work in the social sector. That’s kind of the major impression I had until we started it. Now that we’ve been doing it for eight years, it’s like, yes, you really can, you don’t have to make some of the compromises that I thought were attached to doing this work in this way, so I might not have waited so long.

I think the reason we finally did it is that the fear I had of watching someone else do it badly was so frustrating, and knowing that it’s going to happen, ‘I’m just going to be mad at myself for watching someone else screw it up,’ I thought. I’d rather be responsible for screwing it up myself than being the one trying to fix it. So I waited and waited before I realized, who am I waiting for? And so I finally did it. Thank god. If we had done it three years sooner, I don’t think we would have missed much, and we would be that much further along.

Q: What’s one thing you’re deeply proud of, but would never put on your résumé?

GA: So, not on my résumé, but I’m Burmese. You could infer it and perhaps even guess it, but being born in Burma gave me such an interesting position in the world so obscure that it gave me a bit of a blank slate. But at the same time, it grounds me in being Asian and actually gives me a connection to Buddhism that I think is really hard to find most other places. What’s complicated is that I go from Burma to England, and from England to Chicago, which means I’m often seen as being English when I’m not. When in England, being Asian, I felt like I wasn’t because it seems I was trying so hard to be English the whole time. But I’m quite proud of being Burmese. And now as an older person, I think I’ve finally figured out that maybe doing the work we do where we’re trying to contribute in a positive way to the world is my way of being Burmese. There was a long period where I didn’t feel like I was Burmese at all, or wasn’t Burmese enough. That’s probably how I would have described myself. But now with this work, I think this is how I’m co-opting my career to make up for that.

Q: What one incident or occurrence in your life has had the most influence on the work you’re doing today?

GA: I think getting fired from the Chicago Transit Authority (CTA). I had spent my whole career up until that point working in the most renowned commercial design firm in the world. And I left it to go work at the CTA, to turn my back to commercial design work because I was kind of sickened by it all and felt like I had to commit to doing public sector work. And I felt like they were so lucky to have me. I basically walked around the whole time thinking I was such a hot ticket. I completely misread the room, I think, and I regret it. When there was a change in leadership, and I got let go very abruptly after just under a year, I’m constantly reminded how lucky I was to have spent the time I did. I realized just how hard it is to do work in the public sector, and how many bureaucratic barriers there are to making change, that I don’t think I would have ever appreciated had I not been there. I regret showing up and not being a better listener. When I now do the work I do, I don’t think I would show up in my meetings in the social sector the way I do if I hadn’t screwed it up when I had my chance at CTA. I’d love to do a project with them again one day. I don’t know if I’ll have that chance on my bucket list, but I’d show up very differently now.

Q: What is one thing that every person in the social sector should know about?

GA: I don’t want to presume that people don’t already know, I imagine a lot of people do, but just how helpful it is to think about trauma-informed training, and how being trauma-informed is certainly illuminating if you’re working with those who have experienced trauma. I think it’s helpful to use that lens and also think about it at an organizational and community level. Similarly, when you view the world through a lens of trauma, you can better see negative behaviors as a coping strategy, rather than reading it as just negativity. I think with individuals, that’s easier to get your head around, which after I did the training I thought, ‘Oh God, that’s what’s been happening. People are trying their best to never experience that trauma again.’ So every time they get triggered, they are vehemently going to try to avoid it, which is what we read as negative behavior, and which I now read as a coping strategy so that it never happens again.

So when you expand that onto an organizational level or community level, we often misread a community as not being into change, or a new initiative, or a new moment of being researched again as being, you know, maybe this is a group that’s unengaged. But no, they’re fully engaged. In fact, the last time they engaged they got screwed and burnt. That’s why they’re not engaging this time around as a coping strategy. I think that has been so helpful for me to better see the world and not only give people a chance, but also thinking, ‘How are they reading me?’ Not how am I reading them? Am I at risk of being seen as another perpetrator of trauma again? And it helps me think, maybe I need to check myself in all these ways. I think that would be helpful for all people to know in the social sector. Again, I’m not presuming they’re not familiar with the concept, but maybe leveling and thinking when you meet with a group of people – if they’re defiant – that they might be exhibiting coping strategies from a past trauma.

When Design Collides with the Social Sector is happening Wednesday, November 13 form 3-5pm.