Moving from discussion to deliverable 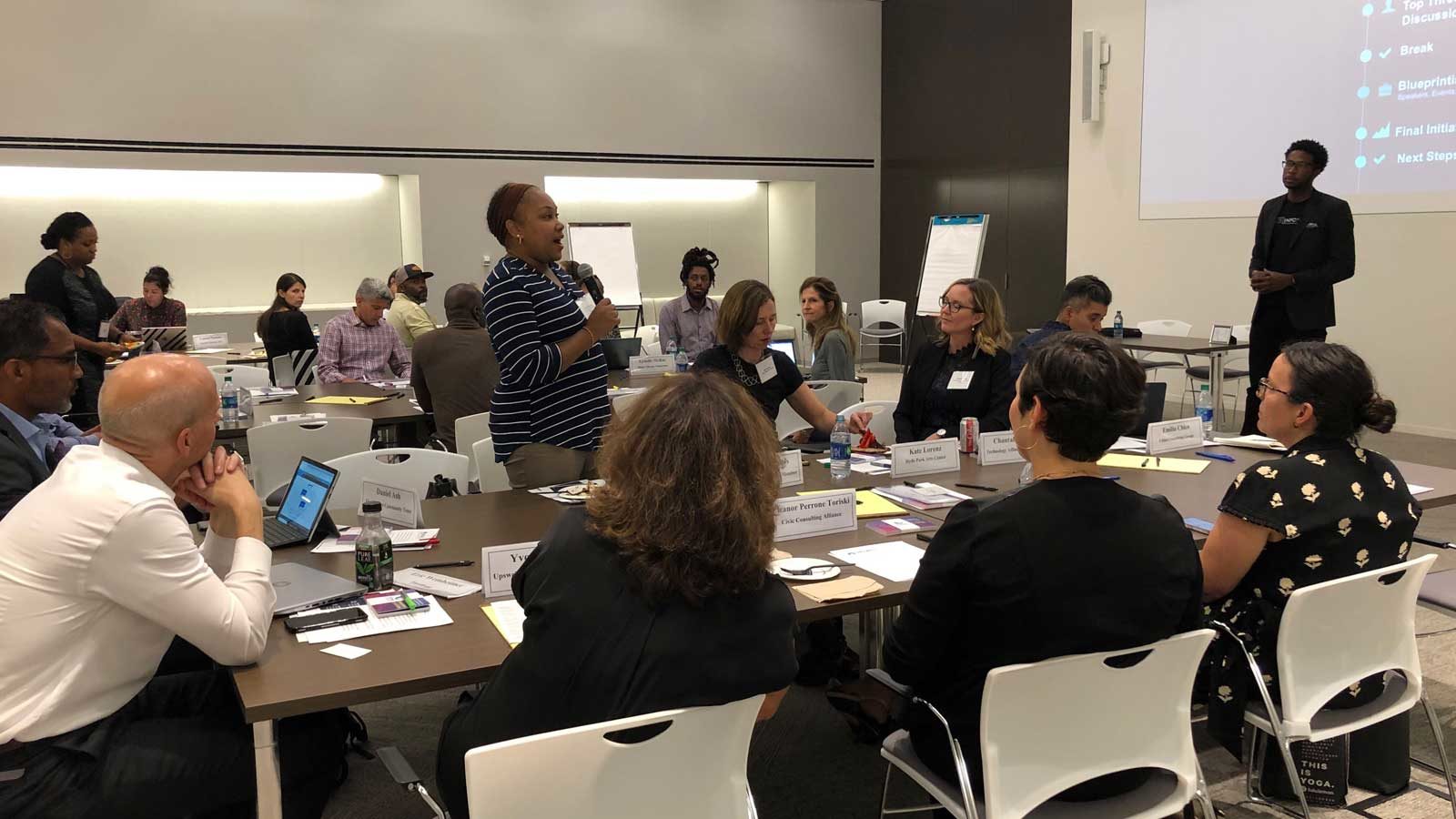 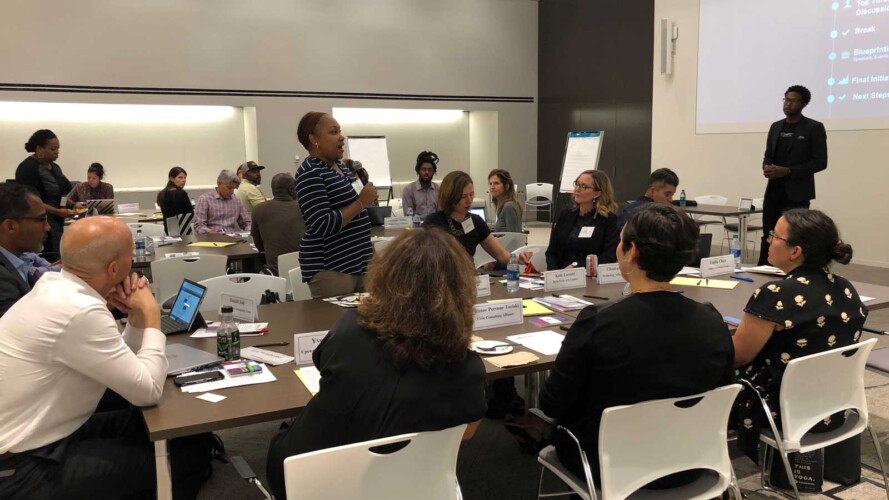 Moving from discussion to deliverable

After months of meetings, thousands of Post-It notes, and countless emails, you might think the Upswell Accelerator would be feeling a little … spent. Instead, as members gather for the next-to-last time on a late summer afternoon, there’s a surprising energy in the room. The agenda includes report-outs from five community focus groups (read our coverage here, here, and here) as well as a group exercise designed to “land the deliverable.”

In other words, after all the meeting and debating and planning around a “racial equity framework,” this could be the day that everyone finally discovers just what that might look like.

Today’s meeting is larger than usual, thanks to two new members who emerged from the community focus groups. Unlike the core Accelerator membership, drawn largely from the ranks of Chicago’s nonprofit establishment, Marilyn Nichols and Marcus Gray are community stakeholders whose leadership is organic rather than organizational. In their respective focus groups, they stood out as especially impassioned and engaged representatives, and so the Accelerator is being expanded to include their viewpoints.

Another new addition is Candace Moore, Chicago’s first-ever Chief Equity Officer. Recently appointed by Mayor Lori Lightfoot, Candace is here because the city has noticed the Accelerator’s work and wants to know more about it. Like everyone else in the room, she’s eager to hear what’s been learned in the community focus groups – and how those learnings might affect what comes next.

Some 200 diverse Chicagoans participated in neighborhood focus groups, so naturally a large part of today’s Accelerator meeting is devoted to unpacking what was learned. As an overview, Xavier Ramey starts by sharing a few of the stand-out quotes that seem to capture the mood of various communities:

Moderators Mike Simmons and Emilia Chico take the floor next, summarizing what they heard in the predominantly African-American and Latinx neighborhoods where their focus groups convened. Despite plenty of nuance, they touch on a few common themes that emerged: gentrification, racial profiling, educational barriers, lack of services, lack of economic opportunities.

As they speak, several Accelerator members are flipping through the 21-page report that summarizes focus group findings. “Are these findings proprietary, or will they be shared more broadly?” one person asks. Victor Reinoso, COO of Independent Sector, admits that he had never really thought about it, but the question seems like a good signal of broader interest. So the answer is settled quickly: Results will be freely shared (the download is available here), and Accelerator members are asked to brainstorm the most helpful way to get the word out.

The focus groups were a big undertaking, and it was the community-based approach that caught the attention of city officials. Xavier pauses to remind the group how that happened: “Because members of the Accelerator, from the very first meeting, said, ‘There are people missing from this conversation.’” The focus groups were an attempt to “Go local, keep it local, and make sure Chicago voices are heard.”

And now, Xavier wants to know, with the listening done, “What is the doing?”

At the highest level, focus group discussions boiled down to three big areas: housing, education, and access. So Xavier’s assignment for the group is to choose the area that interests them most and then brainstorm a single solution or initiative that could have the greatest impact.

The self-selection process is interesting in itself. Five participants choose housing, seven opt for education, and 10 focus on the issue of access. With Post-It notes and flip charts, the groups spend the next half-hour or so trying to come up with a solution that answers three essential questions:

1. Does the proposal provide true voice and power to racial minorities?

2. Does it recognize historical divestment and harm in important and enduring ways?

3. Does it establish tangible resources for the development and continuity of low/middle income POC (people of color) communities in Chicago?

After so many months of talking and planning, the groups seem energized at the prospect of a tangible outcome that could advance the cause of racial equity in their chosen area. With a short time frame and a big goal, the assignment seems daunting, but the groups coalesce relatively quickly around their chosen approach, and by the time Xavier calls for a report out, everyone is ready with a specific proposal.

The education group wants to pilot a “history of my neighborhood” curriculum. Developed in cooperation with community stakeholders, the curriculum would allow students to “reclaim their own history and space and identity. We want to help young people own the space they are in,” with the goal of greater community pride and civic engagement.

“Why don’t people have access to jobs or income?” the final table wants to know, pointing out that the “choke points” vary by job sector and identity group. By interviewing those who have experienced systemic barriers – from language to transport to dress codes – this group would try to “reverse engineer” the barriers and incentivize their removal by anyone in a position to hire.

With the clock ticking down to day’s end, Xavier asks everyone to take a moment to appreciate the work that’s been done and consider the variety of approaches. Acknowledging that the discussion could easily go on for another three hours, he proposes instead that everyone in the room close their eyes and vote for the single most promising solution as he calls out the choices one by one: Housing. Education. Access.

Heads go down, hands go up, and just like that, the next step comes into focus. Housing is the winner.

Racial equity will show up in many different ways throughout Upswell, but the Accelerator’s long, community-driven process now has its own unique outcome and a place on the program.