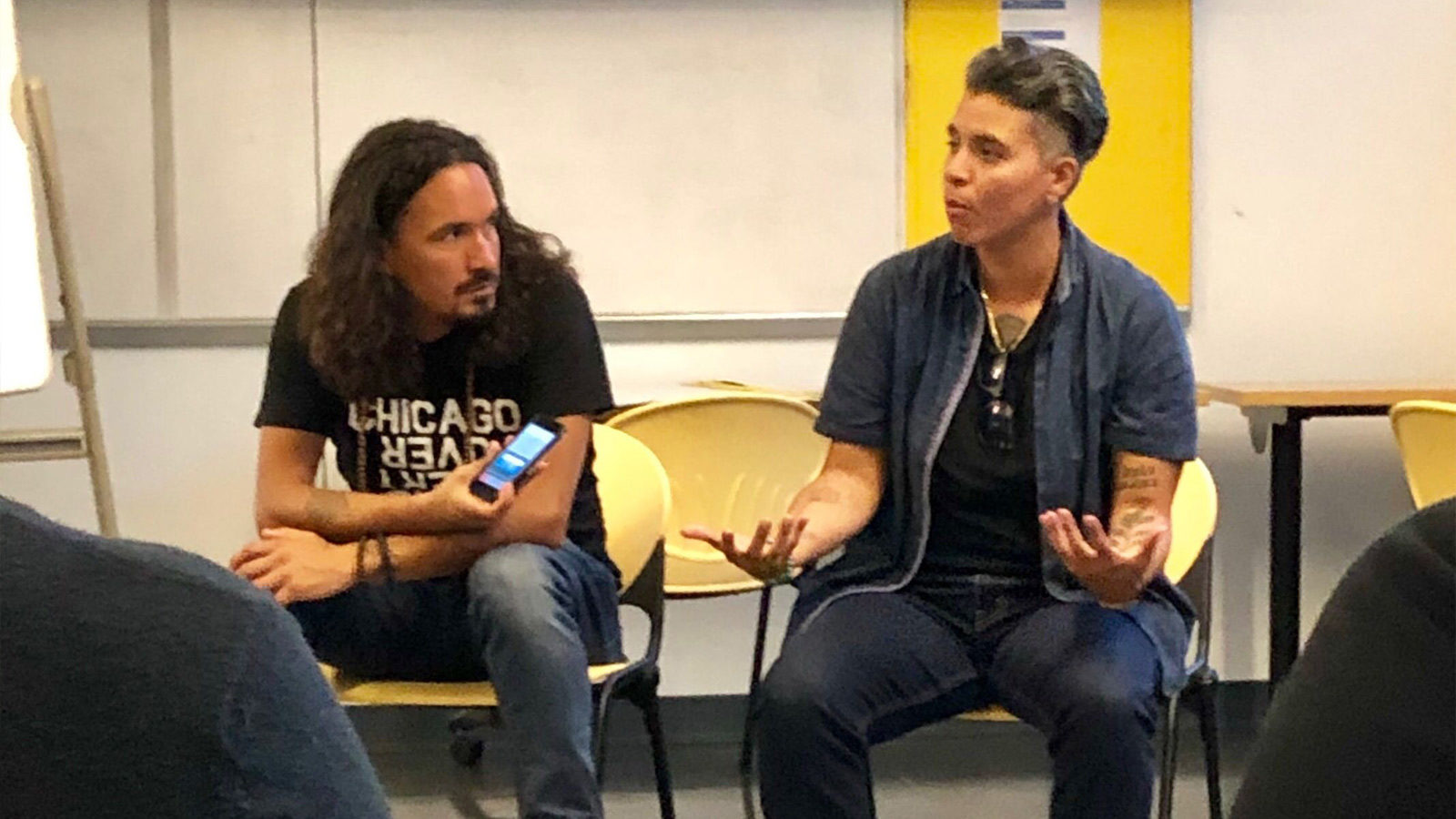 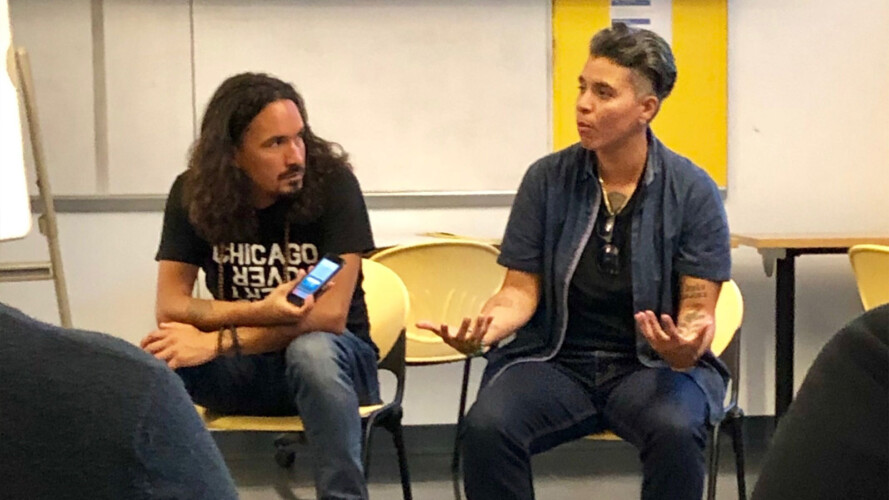 Emilia Chico and Steven Rosado recently led focus groups in two of Chicago’s predominantly Latinx neighborhoods as the Upswell Accelerator sought to hear from community stakeholders in creating a racial equity framework. After giving them a week or so to collect their thoughts, we asked the two moderators to reflect, in their own words, on the lessons learned.

What was the single biggest takeaway (or biggest surprise) in what you heard from both focus groups?

EC: My biggest takeaway from the focus groups is that community members are very much concerned with how their feedback and recommendations will be shared and implemented. While most participants were eager to share their experiences with us, they were also interested in the “what next.” As we concluded the first focus group, participants expressed concerns with non-participatory processes that continue to “extract” information from “our communities,” while continuing to disinvest in them. Similarly, the second focus group participants were eager to “get involved in the decision-making process.” It became clear to me that individuals across sectors – working class, low-wage workers, community organizers, educators, students and direct service employees – are frustrated at the lack of opportunities to engage in participatory decision-making, specific to philanthropy, Chicago, and the Latinx community.

SR: The biggest takeaway in both groups was that community members want to fully participate in the decision-making around how money is invested in their communities as it relates to social impact initiatives. They feel efforts to engage are often surface-level (e.g. we had a focus group to hear from you) but are not sustained over time, and the power for decision-making is still often concentrated outside of the hands of those who are most affected. The other big takeaway is that in many ways, Latinx individuals feel left out of the racial equity dialogue. The conversation is often a black/white binary and does not account for the nuance of what it means to be Latinx within (or outside of) that spectrum.

What about warning signs – anything that civic leaders need to keep in mind so that Latinx communities feel included in a racial equity framework?

EC: Members of the Latinx community generally feel left out of the “race conversation” and believe that the black/white binary continues to dominate the racial equity framework. As civic leaders move forward in this work, they need to acknowledge the complexities that exist within the Latinx community and ways in which the “race conversation,” historically, has silenced the experiences of Latinx people. Additionally, civic leaders need to understand that Latinx folks (like others) experience intersecting structural and interpersonal oppression. For many Latinx people it’s not just about being Latinx, it’s about being an undocumented Latinx person, a low-wage earning Latinx person, a young Latinx person, a differently-abled Latinx person, a Trans and Queer Latinx person – and therefore the racial equity framework continues to erase their lived experience.

SR: The expertise to solve the issues that our communities are facing already lives in the communities. Civic leaders need to treat Latinx communities as real partners for the work of social change and do the work with them — not for them. This means involving community in the ideation, development, implementation, and evaluation of social impact work. It also will require civic leaders to remove barriers to participation for individuals who would not normally be considered to partner in this work, including education requirements (i.e. having a degree), citizenship requirements, professional background, prior involvement with the justice system, so on and so forth.

How would you “read the room” in terms of where the community stands on racial equity efforts – hopeful, frustrated, cynical, energized, etc.?

SR: I would say the room was a combination of all four. People are energized to do this work, especially those who feel they and others like themselves are shut out of these spaces. Yet, they are frustrated because they feel, to a degree, we should be past the point of talking about these things – we know the problems that exist, and now should be more focused on action and actually doing something with community about the challenges. They also feel that they’re only asked what they think and how would they change things; they’re not actually asked to help implement the change, which makes them cynical of the whole process because it feels like a cycle of good intentions with minimal impact. Still, they remain hopeful that progress is being made, even if it is perhaps slower than it should be, and they are hoping to drive a greater sense of urgency forward.

Finally, after conducting two focus groups, how do you personally feel about question number three?

EC: In this moment I am feeling deeply energized! It’s time to get to work. The community has spoken.

SR: Like anyone else, I’m human and subject to a range of emotions, and at times I might feel cynical and frustrated, as well. But overall, I am personally hopeful and energized about the efforts around racial equity. I am seeing a lot of ideas that grassroots organizing folks have been organizing around for years – decades really — finally entering the mainstream dialogue and conversations about social justice. Suddenly, ideas that seemed “radical” to the mainstream are not considered so radical after all, especially as we continue to see the gaps in inequity that decades (centuries) of racial inequity have produced over the years.

If you’re interested in taking a deep dive into how to build a race equity culture in your organization, be sure to sign up for our pre-convening with the great folks at Equity in the Center! Saving your spot is easy – simply add it on when you’re completing your Upswell Chicago registration.