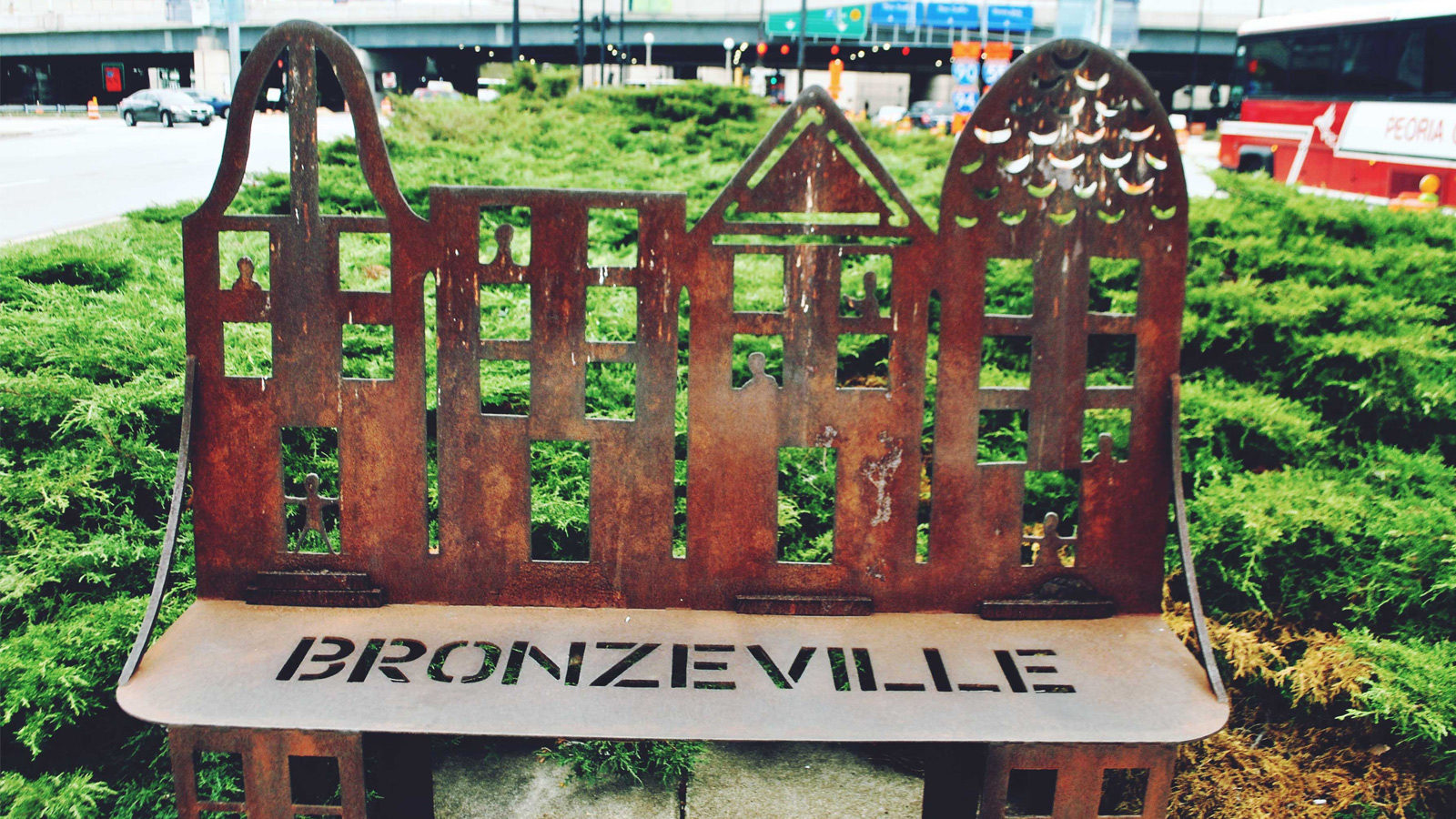 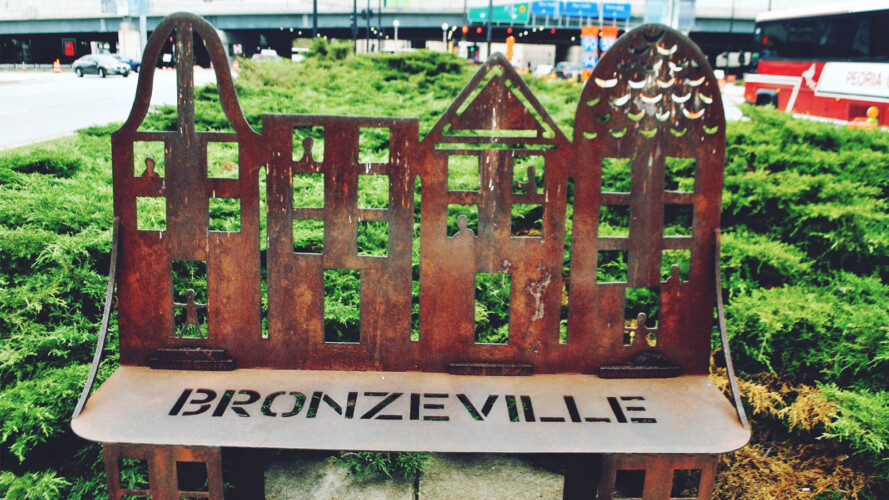 We hope you’ve had a chance to check out the lineup for Chicago Inside & Out – a dozen thoughtfully designed experiences, all guided by dynamic community leaders across Chicago. These immersive tours are a cornerstone of the Upswell experience, which is all about going deep locally to uncover enriching and surprising insights that apply to changework across the board. We’re continuing to share more each week about the unique slate of community experiences happening this November, which includes, yes, these immersive tours, but also some sweet Community Dinners. In fact, one of those dinners is happening in the same South Side neighborhood as the tour we’re previewing here: Bronzeville!

In our preview of the dinner happening at the Chicagoland soul food stronghold of Pearl’s Place, we mentioned that Bronzeville was known as Chicago’s Black Metropolis. The name stuck when eight buildings and a public monument there were added to the National Register of Historic Landmarks in 1998. But Bronzeville and Black Metropolis are two nicknames that go much further back. Before the mid-1800s, this part of the city was home to one of the largest concentrations of Chicago’s African American community, but it was known simply as “Near South Side.” Then came the Great Migration—a historic period when many black families left the South for cities further north like Chicago. The borders of what was called Near South Side expanded along with its population. By the turn of the century, the resulting community became better known by its Bronzeville and Black Metropolis monikers.

Bronzeville was the center of black commerce and culture in Chicago between the 1920s and 1950s. After years of decline, disinvestment, and over-population that left residents impoverished and underserved, Bronzeville is rebuilding thanks in no small part to the efforts of community members, activists, and some of the neighborhood assets you’ll be exposed to firsthand on this tour.

If you sign up, you’ll take a chartered bus Wednesday morning from Upswell’s home base of Hilton Chicago to the home base of TURN, or The Urban Resilience Network. Founded by Pastor Chris Harris, TURN (known until 2016 as Bronzeville Dream Center) is a community center dedicated to serving Chicago with trauma-informed counseling and other social services aimed at minimizing negative factors that cause violence, while increasing protective influences that yield positive outcomes. At TURN, you’ll receive a brief historical talk, followed by a tour highlighting the scope of their mental health services that include trauma therapists and helpline counseling services.

In addition to seeing firsthand what TURN is all about on this tour, Pastor Harris will be giving a Thursday Spark Talk presented by Bright Star Community Outreach to share how the TURN model is disrupting the system of street justice that has fed an egregious cycle of homicide and trauma in Chicago. So, keep that in mind if your Wednesday tour of Bronzeville inspires you to go deeper!

After touring TURN’s space and learning about their services, you’ll travel to a historical landmark. Constructed in 1941 and dedicated to then-First Lady Eleanor Roosevelt, the South Side Community Arts Center was one of nearly 100 community arts centers established under the Works Progress Administration’s Federal Art Project. Though it was one was of dozens created by the federal program, it was the first black art museum and it’s now the only WPA art center still operating as established in its original building. You’ll receive a guided tour of the space and learn more about the black artists whose work was featured at the center. The roster includes trailblazers like Gwendolyn Brooks, photographer and filmmaker Gordon Parks, and visual artists like William Carter, Charles White, Archibald Motley, Jr., Dr. Margaret Taylor Burroughs, and Eldzier Cortor.

The Bronzeville tour will showcase how legacy cultural spaces and social service organizations can be leveraged along with alternative approaches to community organizing to cultivate economic opportunity, disrupt cycles of injustice, and advance equity in Chicago and beyond. It’s just one of a dozen tours happening at Upswell this November. Choosing between them will be tough, but all of them will put you in an inspired headspace to kick off the first day of Upswell. We’ll continue to highlight tours and much more about the Upswell Chicago experience, but keep in mind that many of these Inside & Out tours can accommodate no more than 35 participants and will fill up. So, if you see one that you’re over the moon about already, don’t sit on saving your spot!