Racial equity in Chicago: the South Side gets a say 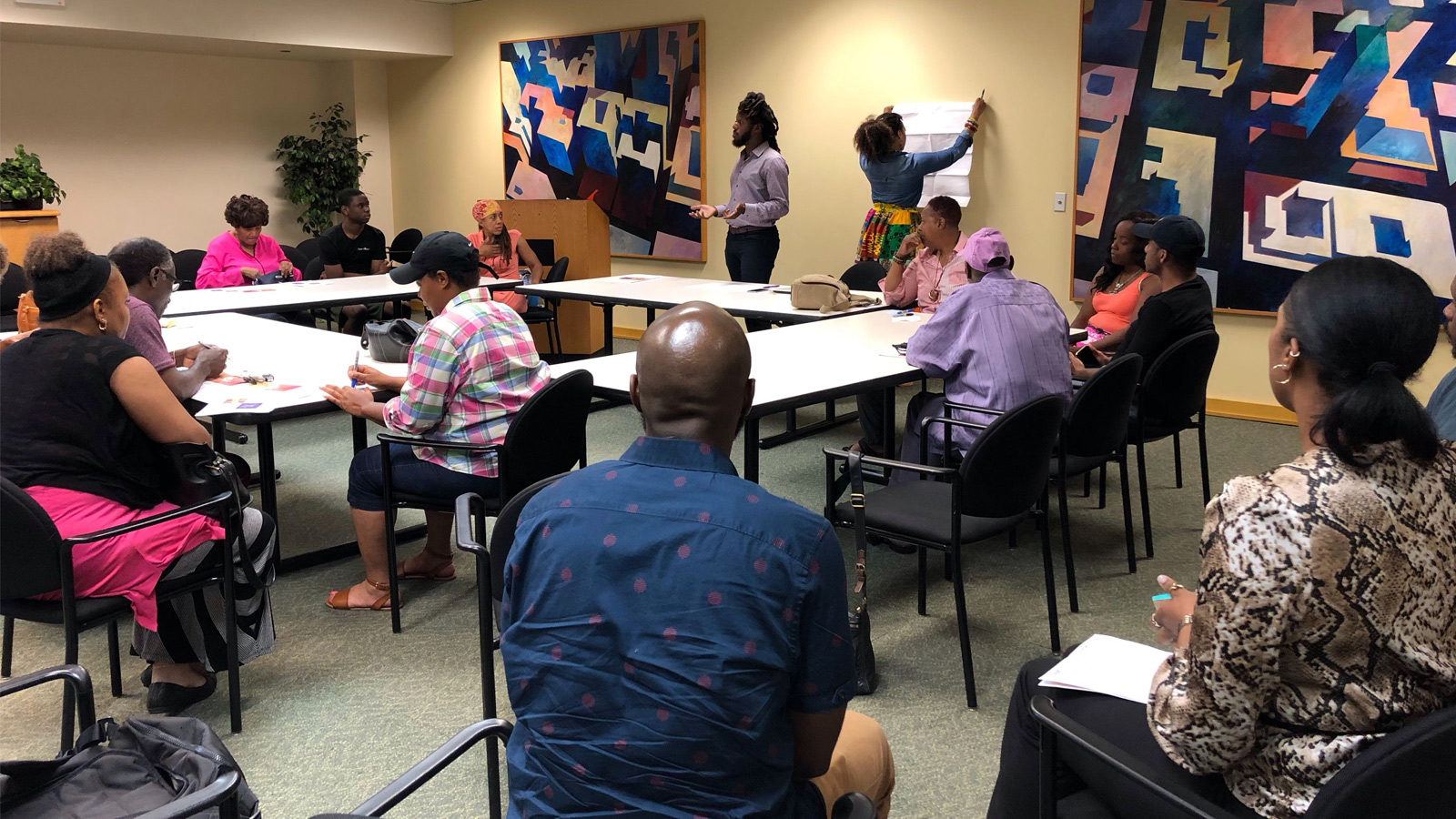 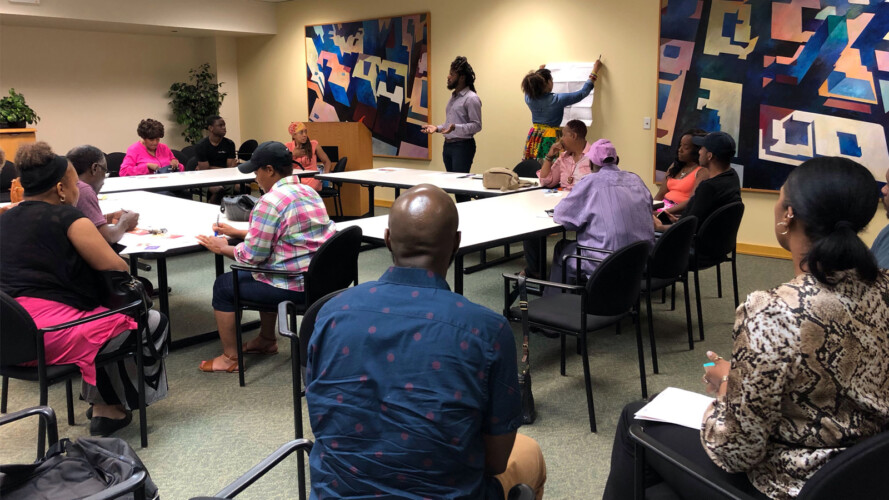 Racial equity in Chicago: the South Side gets a say

Sometime after 7:30pm, a longsuffering security guard ambles to the conference room door to check on the progress of the meeting inside, but almost no one notices him. At this precise moment, perhaps a dozen people are talking over themselves about the disappearance of black neighborhoods in Chicago. They’ve been at it for more than 90 minutes already, and they show no signs of slowing down.

“We only have a few minutes,” Mike Simmons says for at least the tenth time. As the facilitator of a neighborhood focus group designed to test the idea of a racial equity framework in Chicago, he is discovering that a well-crafted agenda is no match for the enthusiasm of 18 community stakeholders who’ve spent too long feeling that no one is listening to them.

The invitation for this particular group called for “working people” – hourly laborers, part-time workers, mom-and-pop business owners, etc. Most of the participants come from segregated neighborhoods on the South Side, near the glistening new 95th Street transit station that belies decades of underinvestment by both government and business, according to community activists.

Everyone in this room identifies as such an activist, though most lack the institutional connections that help to define members of the Upswell Accelerator, the group driving progress on this racial equity framework. Recognizing the need to hear directly from neighborhood stakeholders, the Accelerator authorized a series of focus groups to gather feedback. Tonight is number one.

Simmons offers two kickoff questions to the group: First, what is the current state of racial equity in Chicago? And secondly, what would the city look like if racial equity were achieved?

“Equity is about giving more to those that start with less. Let’s start with the people and the communities that need it the most.”

For the next 45 minutes, the discussion ranges from weed to weeds, trashcans to transportation, and jobs to gentrification to genocide. Simmons makes sure that every participant has a say, then briefly summarizes each response to be sure that he – and the rest of the room – is tracking. There’s little outright disagreement around the table, just shades of emphasis and questions of priorities. At times the discussion turns hyperlocal: Street by street and block by block, racial equity has a geographic specificity that an outsider could never understand. If anyone doubted the need to invest in neighborhood focus groups, this discussion would put such doubts to rest.

After a while, Simmons attempts to tease out a few “big themes” in the discussion thus far:

With broad agreement on these categories, he divides the room into small groups, asks them to pick one of the big themes, and then use four questions to identify and prioritize possible solutions:

“If we had a more positive sense of ourselves as a community, it would be impossible for me to pick up a gun and kill another black male.”

After about 15 minutes of discussion, each group has a chance to report out. The prevailing theme is around opportunity for youth – especially in the school setting – and the solutions are at least as varied as the manifestation of the problem: more emphasis on black history in schools, more black male teachers in the classroom, even mandatory field trips to downtown Chicago so that students can see what’s possible if they apply themselves in school. (Says the man with that specific suggestion: “You know the saying, ‘If you see it, you can dream it?’ Our kids never get downtown to see it. They don’t know there’s anything outside their neighborhood.”)

The security guard makes his appearance just as the discussion veers into community branding, block clubs, property taxes, and the definition of a “black neighborhood.” Simmons pushes for both speed and specificity, but the clock is not on his side. Even after time is called – twice – the group is slow to break up and loath to end the conversation. When Simmons asks for two volunteers who will commit to joining the Accelerator to keep the work moving forward, at least eight volunteer.

As they trickle out of the room, no one is under the illusion that anything has been solved, but for some, at least, there is a sense of promise. “Thanks for listening,” says one man. “Let’s see what comes next.”