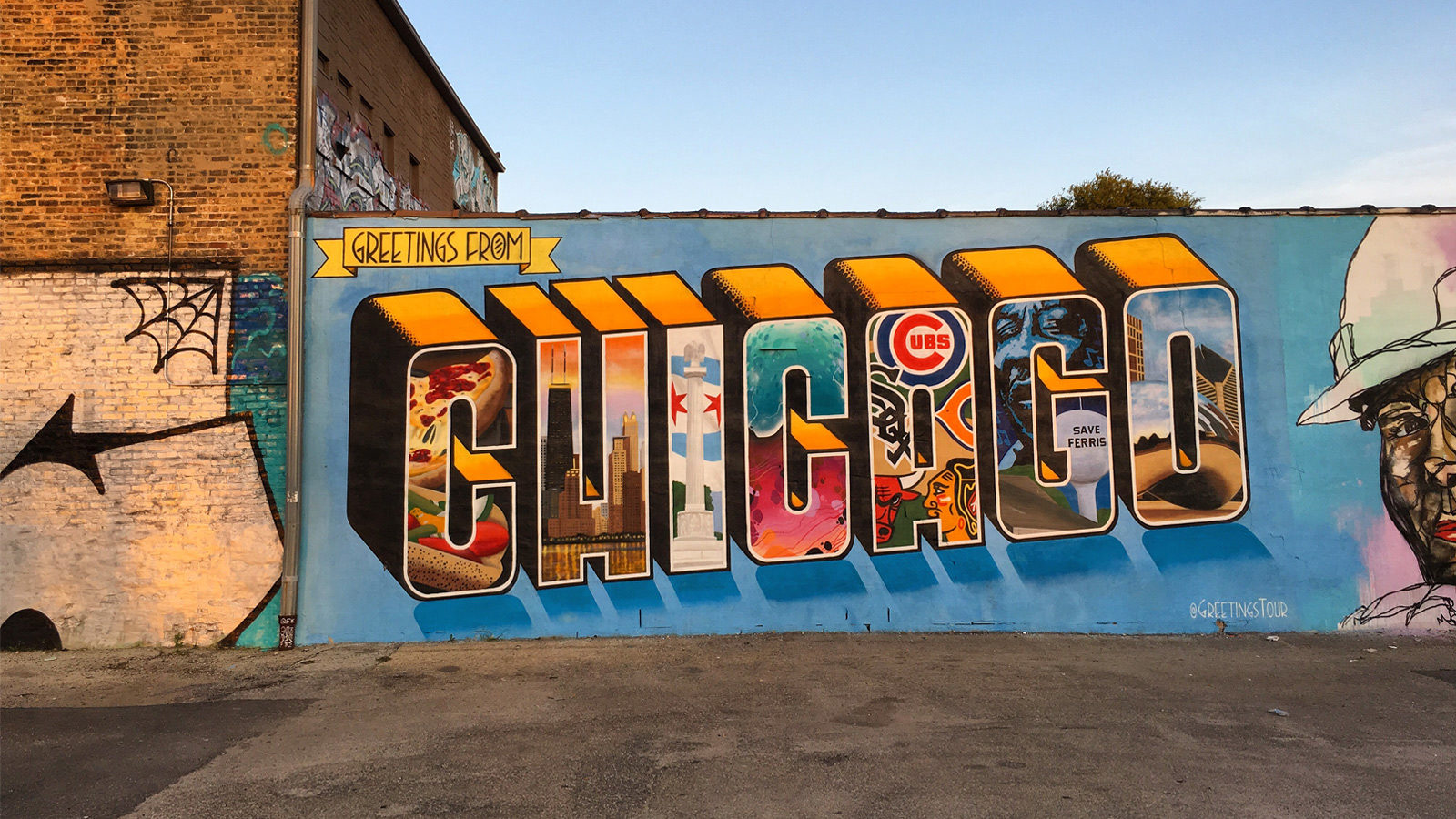 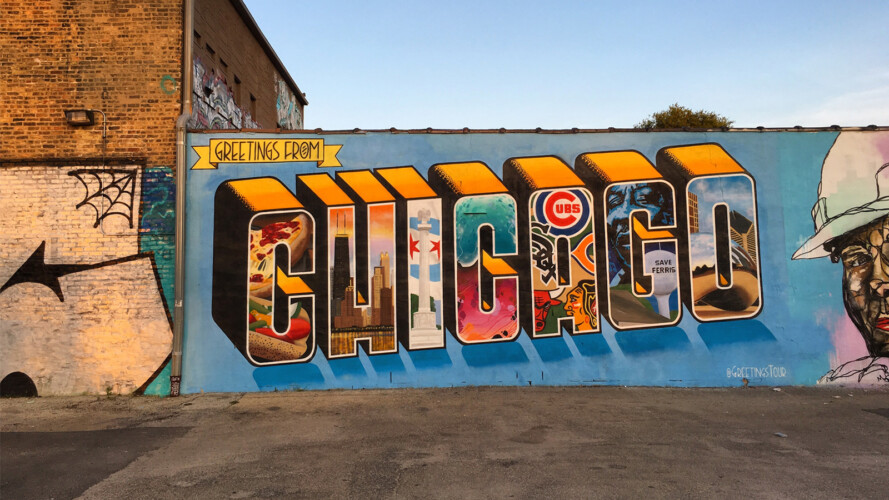 The word community evokes thoughts of identity, common interests, and acceptance. Upswell’s ever-growing community of changemakers reflects all of these, for sure. But in Chicago, the site of Upswell this November, community means so much more.

In the Windy City, community also means 77 specific areas. These “community areas” are spread across Chicago’s South Side, West Side, North Side, and downtown areas, as well as the city’s 50 wards.

We were curious about this dichotomy between “warm and fuzzy” and “well defined” that makes community in Chicago so special. So we turned to two Chicago residents to learn more, and were intrigued by the unique perspectives reflected in their responses.

Patrick Miner is an urban geographer and transportation researcher based in Chicago. His research focuses on sustainable and equitable urban policy. He previously worked at the Chicago Architecture Center, a nonprofit that teaches people about architecture and cities, and has presented on geography, urban planning, and transportation topics for Esri, Apple, and the Royal Geographical Society. Patrick holds a master’s degree in Human Geography from the University of Edinburgh and a bachelor’s in History and Linguistics from Lawrence University.

Here’s what they had to say about the notion of community in Chicago.

Q: Upswell is about building a community of changemakers. Community seems to hold special meaning in Chicago. Can you tell us why?

PM: I think for the most part, community means the same thing in Chicago as it does anywhere else. However, the 77 community areas you refer to do add another meaning. These areas were created by sociologists at the University of Chicago in the 1920s. They form the geographical basis for the collection of census data in Chicago, and because their boundaries have barely changed for nearly 100 years (making them inaccurate for describing actual communities), they allow researchers to measure local changes through time.

JR: I was born and raised in Chicago, so community holds an even more special meaning for me. Chicago is very segregated, and it was done by design. A lot of redlining was done years ago to make sure certain communities remained African American, exclusively immigrant, or exclusively white, so because of our history, unfortunately, you don’t find a lot of mixed communities, or even mixed income.

Many communities, especially the Northside of Chicago, have now been gentrified, so they are no longer representative of the communities that were there say 20 years ago. On the other hand, there are rich cultures within other communities that are specific to the residents who have lived there for generations.

For example, I am of Latino descent. My mother is a Mexican immigrant and my father was a Puerto Rican immigrant, so I grew up in a neighborhood that was predominantly Latino. And it represents the look of the community, with lots of street vendors selling Latin food, corn on the cob, raspados – all very specific to the ethnic group in that community.

So to me when Chicagoans think of community, they reflect on aspects of their neighborhoods that are unique to the predominant ethnic group of the people who live there.

Q: Community and neighborhood appear to be different in Chicago. Is that the case, and if so, how?

I think another important distinction between community and neighborhood is that neighborhoods are tied to a specific geographical space. The neighborhood of South Shore is a spot you can point to on the map (though each person might define its borders differently).

JR: As I mentioned, ethnic food plays a big role in defining the feel of our various communities and neighborhoods. Chicago also has a very rich history of grassroots community organizing, so a lot of times communities reflect that organizing movement.

For example, African-American communities have very robust block clubs, each with a block leader who plays a large role in ensuring that neighborhoods are safe, and there are places for young children to play. Many block clubs are very political and play a strong role in advocating for their communities, working with aldermen and faith-based leaders, who also play a huge role in terms of religious aspects and policy.

Community organizing also is very robust in Latino communities, but moreso where undocumented residents advocate for immigration efforts on the grassroots level, knowing that while they’re not citizens, they are still residents of that community.

Q: What would you like changemakers who’ll be attending Upswell Chicago to know about what makes the larger Chicago community great?

PM: One thing that makes the larger Chicago community great is its diversity. Chicago is diverse racially, socially, economically, religiously, and ideologically. While this city (and most American cities) is facing challenges including poverty, segregation, and disinvestment, its diversity is one of the reasons it remains a great American metropolis.

JR: People from Chicago are just really proud to be Chicagoans! I don’t know whether that’s because the winter weather is so brutal that we’re proud that we survive it! We’re a large city, but a small town. If you’ve lived in Chicago for 10 or 15 years, you get to know everyone. We’re really friendly and tight in that way. I think it’s part of the Midwest culture.

I also think that because Chicago has been a port of entry for many immigrants for so long, we are very welcoming of new people and different cultures. We have opportunities that make it possible for immigrants to come and raise their families, and so we try to fight for resources so that working class people can call this place home. That’s something we’re really proud of.

Q: What is the one thing about Chicago that might take changemakers attending Upswell in November by surprise?

PM: I think recent changes in the city may surprise attendees. Chicago has a reputation for corrupt politics. Yet in the municipal elections earlier this year, Chicagoans elected a new mayor, a new treasurer, and several new members of city council. The new council and leadership have never been more representative of the city’s political and social diversity.

While there are still controversies and problems to work through, the election had surprisingly positive results for those who care about improving quality of life for all Chicago residents.

JR: We like to party! We’re so enclosed in the winter that this city comes to life in the summer. There are so many festivals, and we’re so proud of house music, which we cultivated here. We have at least three huge house music festivals in the summer. We also have “house music lunch” in Daly Plaza, right in the middle of downtown. People sit out during lunch, we have DJs, we dance. It’s a very Chicago thing!

Q: If you had to pick one place that Upswell changemakers must see or visit while in Chicago that conveys the city’s spirit of community, what would that be?

JR: We have a very large Mexican immigrant neighborhood called Little Village in the South Lawndale community. They have a street – 26th Street — that is full of amazing Mexican restaurants, and they’re all so good. There are great bakeries, too. Walking down that street and taking in all that food is a must-see in Chicago!

PM: My favorite place to visit to understand Chicago’s community is a CTA bus or L train. The public transit system ties the city’s communities and neighborhoods together. If you board a bus or train, you’ll typically encounter a dozen small conversations, or you’ll find silent commuters on their way to the Loop.

This is the purposely mundane daily spirit of Chicago’s friendly community, and it’s never more apparent than when someone helps another person find a seat on the bus or when a stranger gives directions to a visitor. And of course, because many of the trains are elevated (hence the “L” name), they also offer great views of the city!