Made in Mud City 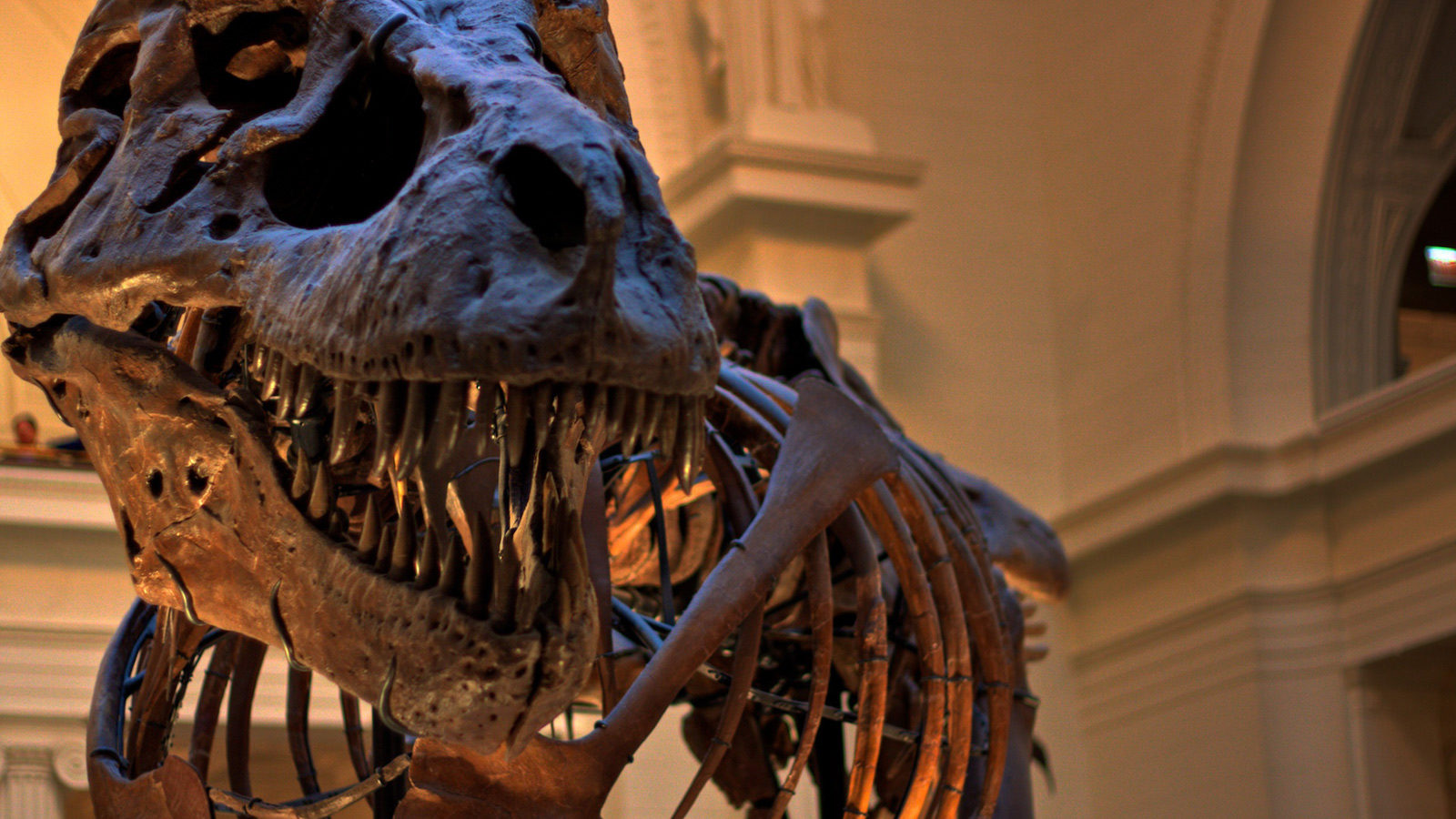 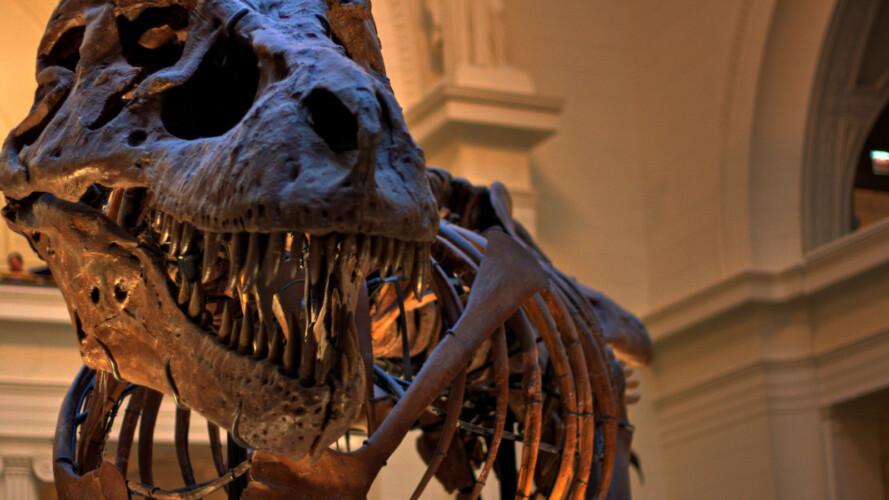 Made in Mud City

Any time we travel to a major American city, almost all of us have cursory knowledge about some basic touchstones­—major attractions, staple fare, maybe even a few iconic historic figures associated with the city. Like any city, Chicago has plenty of those things. But it also has a lot of low-key claims to fame. And as we did some digging for interesting Chicago facts, we found that even some familiar details have surprising layers of significance.

In those layers, several consistent themes have crystallized, including two that resonate with the ethos Upswell:

Christian already took the lead on whetting our palates for one of Chicago’s greatest gifts to the world, so we’re serving up a taste of a different piece of Chicago. Namely, a sense of possibility that has truly bred and accelerated forward-thinking ideas without forfeiting its connection to place and history. It’s a spirit we hope we can harness at Upswell this November.

As far as Chicago’s connection to its location and history goes, its very name is a relic from the earliest residents of the southern shore Lake Michigan. Chicago is built on the ancestral land of the Algonquian people of the Mascoutens and Miamis tribes. Those early residents called the river on which the swampy area sits Chécagou—likely after the word shikaakwa, which French trappers had assigned to stinky wild leeks that grew along the river’s shore. One of the city’s nicknames, Mud City, is a reference to the mud flat terrain the city was originally built on. Indigenous residents were forced to cede their land to Europeans and almost entirely removed from the region in 1833, but up until then, the land had been a central trade hub for tribes from across the country.

To learn more about the Native American community of the Chicago area, check out this story from last November for Chicago’s PBS station featuring insights from American Indian Center Executive Director Heather Miller.

Birthplace of many American innovations

Skyscrapers, hot dogs, twinkies, and spray paint should have absolutely nothing in common in any context. For starters, two are edible and the other two are decidedly not. And those two that are edible don’t even mix (don’t @ me if you disagree). But Chicago can claim the patent on all of them…well, almost. The hot dog is a famous point of contention. The fact is that Chicago is the birthplace of innovations aplenty. But here’s a little bit about four quirky American touchstones that took off after premiering in the Windy City.

This famous snack cake was born in April 1930 when a baker thought to make use of the machines used to fill strawberry shortcakes with cream, which had been sitting idle when strawberries were out of season. Though the original twinkie had the golden sponge cake exterior, the filling was actually banana cream, and didn’t become vanilla cream until WWII when bananas were rationed. The change was popular, and the rest is history.

It’s disputed whether the bun and wiener combo debuted at the 1904 Louisiana Purchase Exposition in St. Louis or earlier at the 1893 World’s Columbian Exposition in Chicago. But the common story goes that a German immigrant was having trouble selling his sausages a la carte because customers at the exposition didn’t want to stain the white gloves they’d been provided (they wanted to keep them as souvenirs). Though Chicago can’t officially claim the original concept of the hotdog, it can unambiguously claim the hot dog style named after it, and the original Oscar Mayer Wienermobile.

Erected in 1885, Chicago’s Home Insurance Building was the first steel-frame skyscraper. The building was demolished in 1931, and the Field Building stands in its place today.

Street art is a mainstay in nearly every city. If not for a Chicago paint salesman, it might not be. At his wife Bonnie’s suggestion, Ed Seymour added paint to an aerosol can for the first time in 1949 to demonstrate an aluminum paint he’d developed. The aerosol paint concept was patented in 1951.

You may know that Chicago is widely recognized as ground-zero for community organizing. It was the site of the now-famous, first-ever televised presidential debate between then-candidates Kennedy and Nixon. It’s also home to the pharmaceutical company that distributed the first birth control pill. And, you heard it here: It was in Chicago that Pabst Blue Ribbon was awarded its signature blue ribbon.

If you want to see a fuller list of some of the most consequential Chicago-bred innovations and their backstories, check out this special series curated by the Chicago Tribune a few years ago.

Specimen FMNH PR 2081 is a direct connection between Chicago and prehistoric times. Better known as SUE, this fossil found in South Dakota is the world’s largest and most complete T. rex, and they can be found on display in Chicago’s own Field Museum. We can say with confidence that SUE is by far the spunkiest dinosaur on the interweb, and we highly recommend that everyone follows them on Twitter.

SUE just recently completed a move to a room of their own in the Field Museum. Around this time last year, SUE’s museum “caretakers” began the process of moving SUE a few floors up to a “private suite,” where you can find them now. SUE themselves announced the move, detailing the process in their characteristically playful fashion and asking readers to make sure Jeff Goldblum got word of their transport.

Yeah. There were a lot of players bigger than Jordan too. pic.twitter.com/VXlkesxY8s

Okay, so this one’s a little indulgent. Everyone who’s an adult in America today likely remembers the height of Chicago’s dominance in professional basketball. And most millennials who were maybe too young to remember as it was happening eventually got the gist of it from the legendary positioning of Michael Jordan in the 1996 classic, Space Jam. The iconic Bulls shooting guard is widely considered the greatest basketball player of all time. And the same goes for the franchise he famously played for. The Chicago Bulls of the 90s are often cited as one of the great dynasties in American sports, and the single greatest in American basketball. The team won six NBA championships between 1991 and 1998, including two sets of three-peats. Although some of the high watermarks the team set in the 90s have since been matched (or eclipsed in the case of Golden State’s recent dominance), one has not been touched: They are the only NBA franchise with multiple NBA titles that has never lost an NBA Finals series.

Of notable significance, the Bulls of the 90s were widely credited for popularizing the NBA with a global audience (jury’s still out on whether Space Jam similarly popularized the game with an intergalactic audience). Those who know the history of the game may know the story, but it bears remembering that basketball was actually invented in the United States in 1891. Enter the Bulls a century later, to the year, and Chicago became a significant launching pad for yet another American innovation that’s since become a popular export for a global audience.

What kind of fascinating information have you unearthed about Chicago (yes, there is a callback to our fossil internet pal SUE in this question)? If you’re inspired to do some investigation of your own, tell us what you find out about the city that surprises or inspires you ahead of Upswell! Better yet, you can even incorporate your new Chicago smarts into the Upswell program. Our Co-create submission window is open, and we’re taking your best ideas for a variety of activities happening at Upswell this November. Check out our Co-Create page for guidelines and all the information you need to submit your proposal.