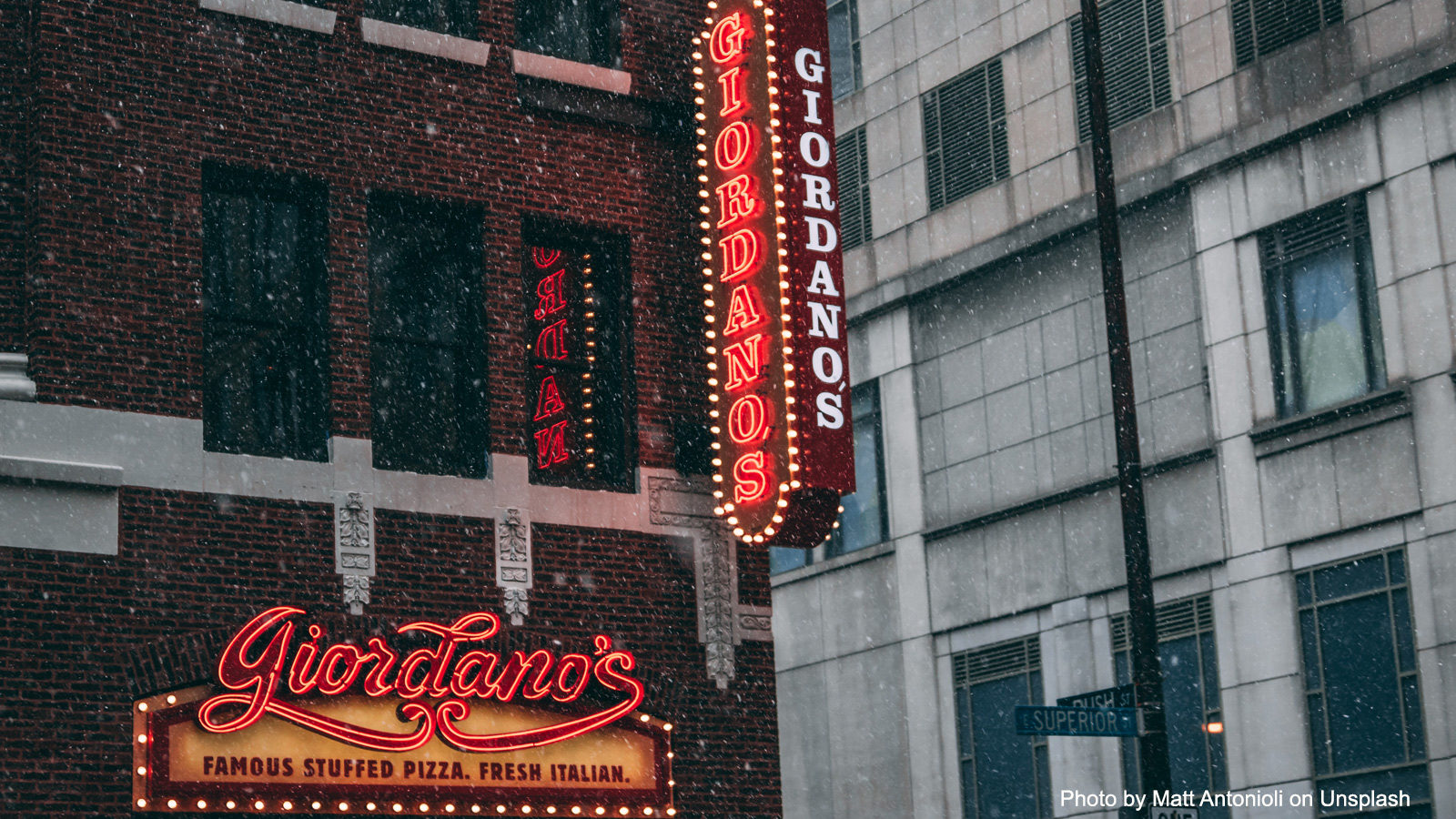 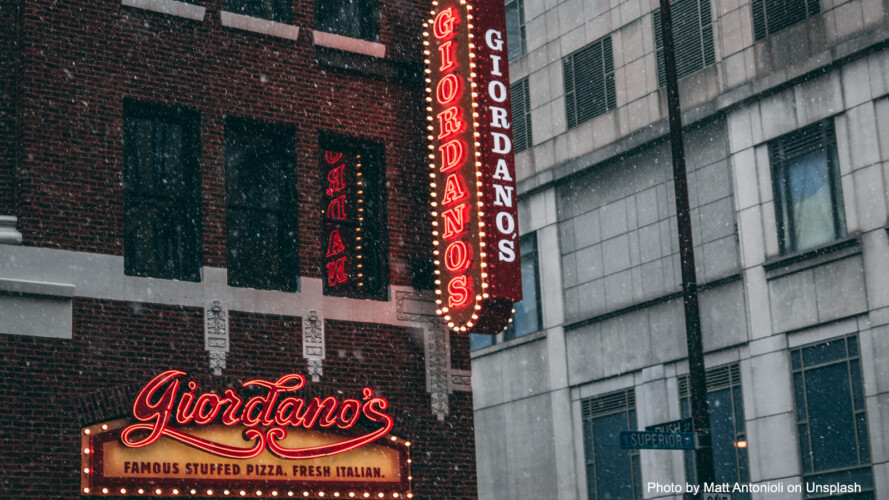 I’m not from Chicago. My dad is – and I’ve seen The Blues Brothers so many times that my VHS and DVD copies both stopped working – but I’m writing this post as an admitted outsider who mostly knows downtown.

I am, however, something of an expert on pizza. My appetite for it is voracious, I think about it constantly, and I’ve been known to toss some dough and blend some sauce on occasion. Okay, fine. I make pizza from scratch a few times a week.

Well, you’ll be in Chicago for Upswell this November and you could potentially have a few glorious pizza meals. So, in celebration of Pi Day, I thought I’d offer a ranking of the five best deep dish pizzas I’ve eaten in the Windy City (and believe you me, I’ve eaten a lot more than five).

Plus, if you read all the way to the end, I’ll reward you with my famous deep dish recipe – never before shared in public – so that you can make some at home tonight.

It took two visits for me to appreciate Giordano’s. Technically, they call their pizza “stuffed crust” due to the layer of cheese baked into the outer shell. But deep the pizza certainly is and the distinguishing factor here – aside from the cheese stuffing – is that the crust is much sweeter than you might expect. It radically changes the taste of the pizza. I was too surprised to love it the first time. Fortunately, I believe in second chances. And pizza.

In the olden days, before my pizza palate had become so precisely refined, I was convinced that deep dish of Pizzeria Uno was the best I would ever eat. That’s probably because there were Uno locations everywhere and I could easily satisfy my cravings. So, on my first pizza pilgrimage to Chicago, I visited the sacred original location – supposedly the birthplace of deep dish. It’s now unaffiliated with the expansive national brand. It’s also much, much better.

This chain has a lot of history as Lou and his father Rudy were the co-owners of the original Pizzeria Uno. Their deep dish today bears many similarities to Uno, but it’s a notch above. The crust is crisp and buttery (two key factors) and the sauce is chunky (which is unusual for deep dish). If I have one critique, it’s that Lou Malnati’s doesn’t offer the same level of deepness as some other places. It’s still wonderful though!

A mere four blocks from the site of Upswell Chicago, Exchequer is where I ate my first Chicago deep dish. Nostalgia often dulls my critical capacities, but I am positive that this is pizza worth seeking out. Perhaps it’s the retro ambience – Al Capone ate there and I’m not sure it’s been renovated since. Perhaps it’s the absolute madness of putting the cheese on top of the sauce. Perhaps it’s just fun to say “exchequer.” Whatever it is, it’s a special place.

Yeah, it’s a tourist trap and sometimes the line is down the block. Unless you’re stuck in a raging blizzard – and maybe even then – it’s worth the wait. This was the last joint I visited on a weeklong pizza binge. I thought I’d reached my tolerance, but pride demanded that I scarf down one last pie. It was as if some kind of cosmic force felt the need to reward me for my dedication. Gino’s East is the best pizza I’ve had in Chicago.

The crust is buttery, thick, and flaky. The sauce caries just a hint of peppery heat. The deliciously simple combination of gooey mozzarella with some shredded parmesan on top…my mouth waters thinking about it. In some ways, I wish my top spot was for a hole in the wall that didn’t also sell its pizzas frozen at the grocery store. But it’s not. And I’ll be visiting Gino’s in November.

Now that you’re so hungry that you could eat an entire pizza, why not try to make some at home? You don’t need to be in Chicago to have a great deep dish pie. Here’s my personal recipe. I hope you enjoy it! And come find me at Upswell this November if you want to talk pizza.