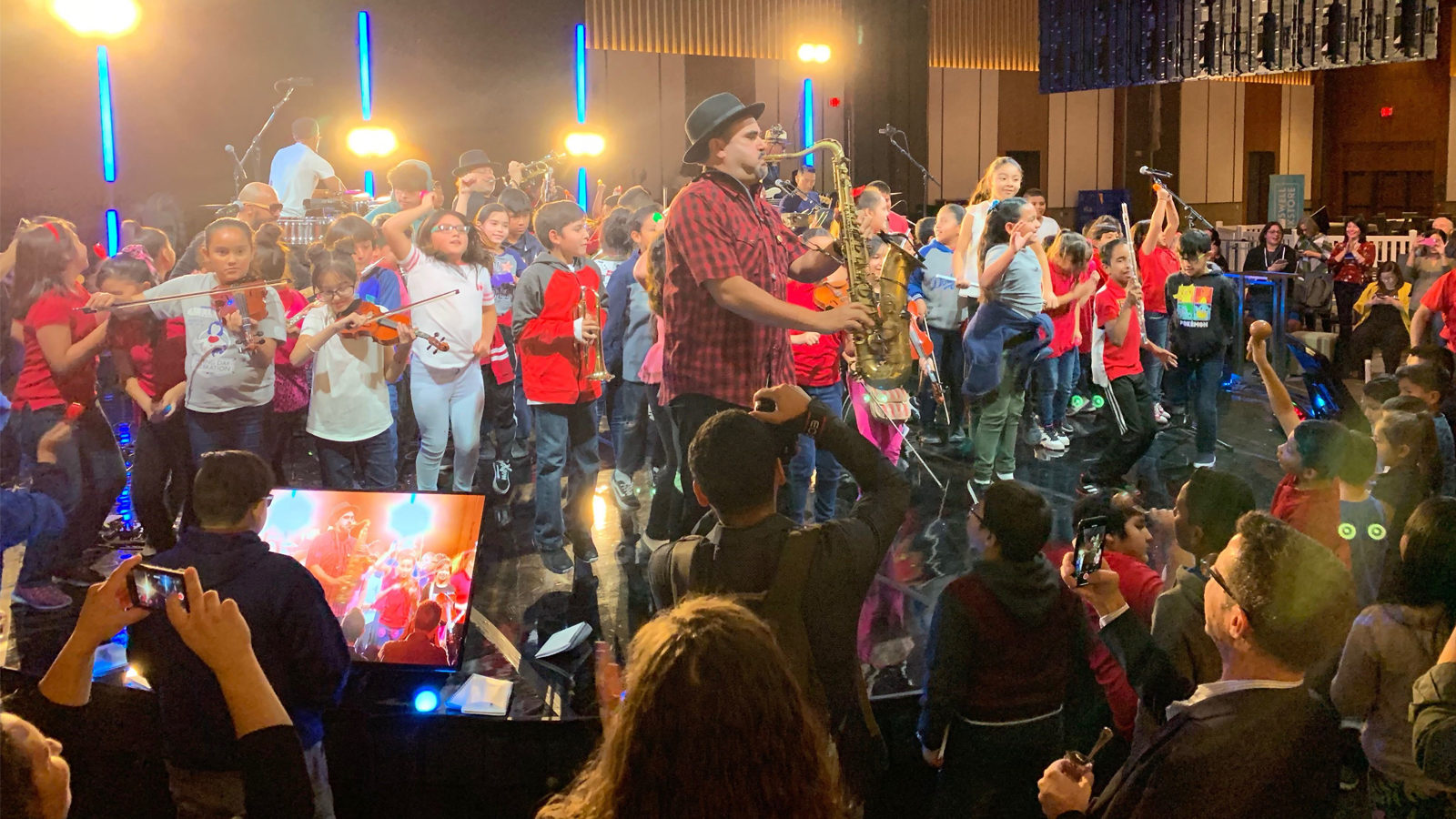 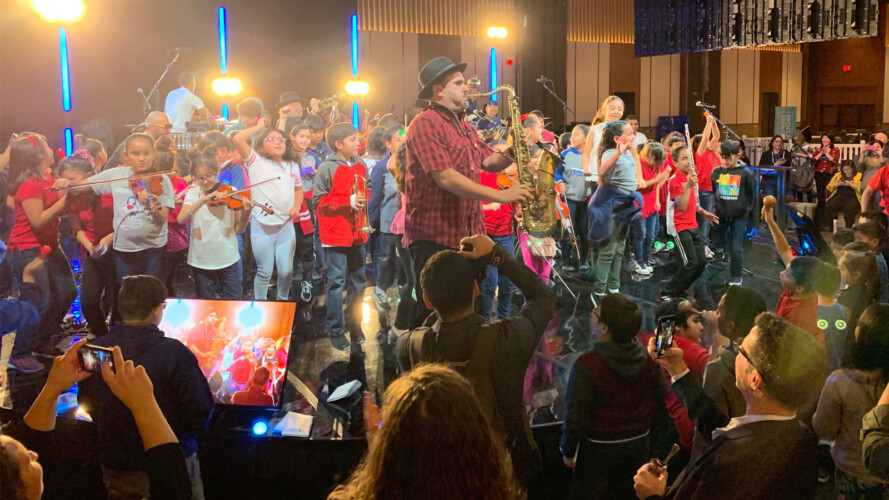 Just like Day 2, Upswell opened and closed with music. Rather than the cathartic beat of a drum to start the day, musically-inclined (and evidently gifted) changemakers gathered to learn the ukulele with YouTube sensation Ukulenny. The harmonic strumming set a nice tone for the day ahead. Here’s a look at what happened next…

On the Main Stage

Gen Z, iGeneration, the Last Generation. There are many labels for today’s high school youth, but one overriding need: opportunity.

That was the clear message from the Upswell Main Stage as Kevin Washington, CEO of the YMCA of the USA, engaged in a frank conversation with four young people from the Long Beach Y. Washington said the Y’s mission is to empower the next generation changemakers, and those who shared the stage with him were eager to accept the label. From greater tolerance to more equal access, all said they were eager to change their community for the better.

In the last Main Stage talk, we kicked off with two moving poems by Gordon Ip of Get Lit, a nonprofit in Los Angeles that uses classic and spoken word poetry to increase teen literacy. Then Dan Cardinali, president and CEO of Independent Sector, and Sarah Kastelic, executive director of the National Indian Child Welfare Association, reflected on why “tribalism” needs to be taken back from its negative connotation and used as a framework for changemakers to build community.

Sarah explained that a Native American tribe is something more meaningful than just family and community. It’s about the recognition of relationships and the responsibility we all have for our collective well-being. Using the true meaning of tribalism and understanding the Native American concept of being “child-centric, community engaged, and elder informed,” Dan and Sarah called on all of us to heal our divides and rebuild our country.

The Last Waltz for Workshops

Friday morning workshops included a number highlighting work of California changemakers to address the biggest challenges facing their communities. One such conversation was moderated by Angela Glover Blackwell just hours after being honored with Independent Sector’s 2018 Gardner Award during the previous night’s Upswell Awards Dinner. Blackwell led the discussion about “transformative solidarity”—the key to sustaining movements of exceptional pace and scale—and how California is leaning into the practice to create a more equitable state. Panelists included Dr. Bob Ross of the California Endowment, Dan Cardinali of Independent Sector, Cathy Albisa of National Economic and Social Rights Initiative, and David Williams of Deloitte.

Among the highlights of Friday afternoon, Independent Sector’s Marie LeBlanc invited issue experts to guide table discussions on how the Principles for Good Governance and Ethical Practice can better serve those working on environmental impact, equity, and data and technology. Sarah Eagle Heart of Native Americans in Philanthropy led the table discussion on environmental impact along with Melissa Lee of Sierra Club, Scott Lawson and Alice Shobe of Amazon Web Services led the data and technology discussion, and Belen Vargas of the Weingart Foundation joined Lisa Brown Alexander of Nonprofit HR in moderating two table discussions concerning the role of equity in institutional responsibility and ethics.

Throughout the year, we’ve been using the metaphor of a wave building energy. The idea of the Upswell Surge was to capture all of the energy from the past three days and end Upswell LA with a big celebration. When 200 youth musicians from the Ellen Ochoa Learning Center came charging into the Public Square with the band members of Ozomatli, it became clear just how much energy we had gathered. Finishing out an hour-long set that saw the Main Stage turned into a rock/salsa/hip hop spectacle, Ozo filled the stage with beaming young students (who represent Turnaround Arts: California) as changemakers in the audience cheered, jumped, and danced.

It was a perfect moment that illuminated how much we accomplished together this week – and, more importantly, reminded us to keep our eyes on the future.