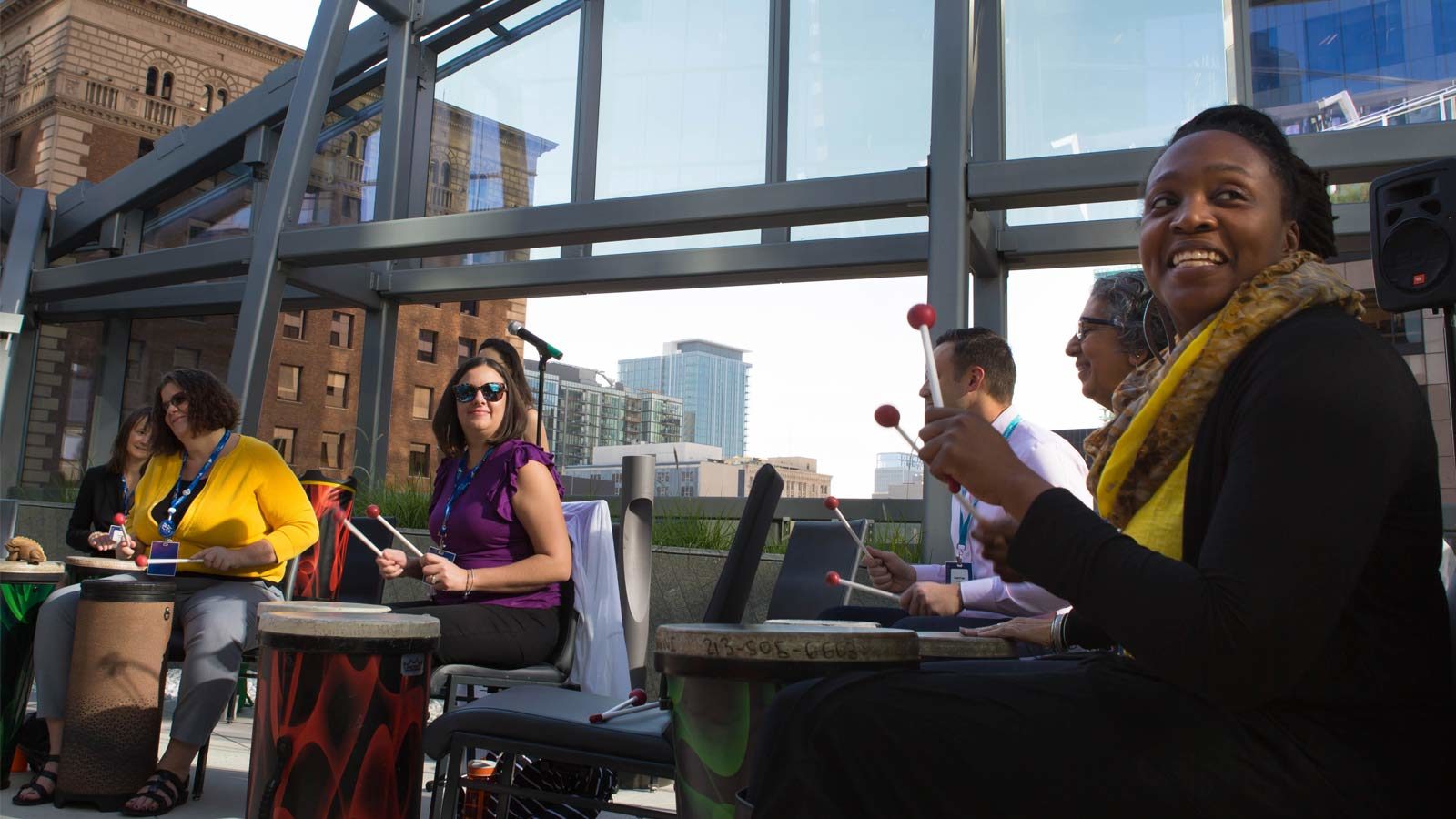 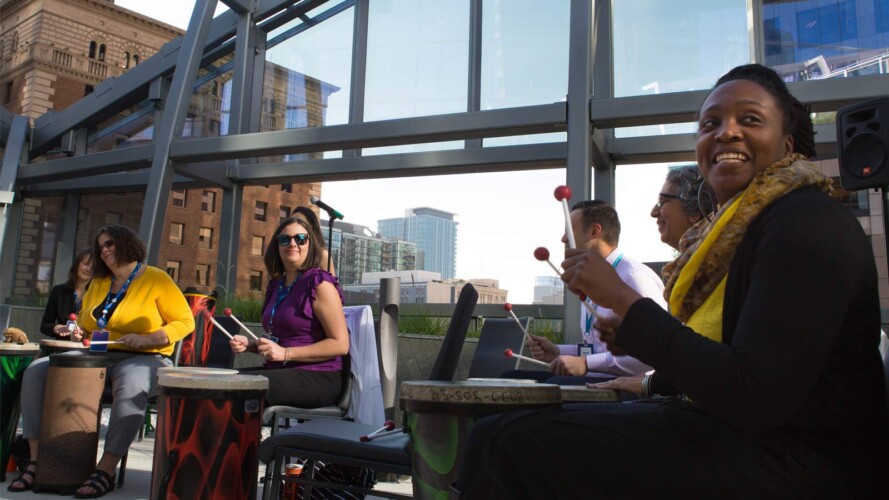 Starting the Day with a Bang

As the sun hid low behind the skyscrapers of Downtown LA and rush hour quietly hummed in the streets below, the serenity of the early morning Public Square was suddenly disrupted with a loud BOOM.

A beat later, another BOOM echoed out, followed by a melodic stream of clacks and thumps. More than forty changemakers called Day 2 to order (although “order” probably isn’t quite the right word) with a rousing drum circle. It was the perfect way to start an intense, creative, and collaborative new day at Upswell.

On the Main Stage

If refusing to let failure defeat us was an Upswell Day One Main Stage theme, then being intentional about seeking greater impact was the opening message for Day Two. Ann Mei Chang, Executive Director of Lean Impact at the Lean Startup Company and author of Lean Impact, implored changemakers to apply this methodology to maximize social impact and scale as we pursue solutions to the intractable challenges the sector faces.

Lean Impact best practices include “Think big. Start small.Seek Impact.” Similar to the scientific method, Ann explained, sector organizations can use these practices to take solutions to scale faster by speeding the feedback cycle, refining small successes more quickly, and testing the solutions that deliver the greatest value and impact. Ann challenged Upswell attendees, saying “Don’t be satisfied by doing some good. Raise the bar and maximize the impact you have in the world.”

Radical mutuality. Unconditional love. Transcendent joy. Infinite caring. Those are a few of the characteristics that define an emerging movement of community builders, according to New York Times columnist David Brooks. Through his new initiative, Weave: The Social Fabric Project,” Brooks is studying and promoting this communitarian movement, and he shared his early observations on the Upswell Main Stage.

The movement is still in its infancy, but Brooks believes something big is happening, with the potential to fundamentally alter the way we live. “Society changes when some people, often on the edge, find a better way to live, and others want to join them.

Tarana Burke spoke to a packed crowd around the Main Stage Thursday afternoon and called on all of us to do better to prevent sexual violence. The founder of the ‘me too.’ Movement wants us to ask, “How did this happen? How do we stop it? How do we make sure this never happens again?”

Tarana also shared more about her own “Me Too” story including how it felt to read Maya Angelou’s I Know Why the Caged Bird Sings, where author describes her childhood sexual violence. And how later in life she struggled to be someone else’s Maya Angelou. It was because of that struggle that she wanted to form a movement to allow people to labor through their trauma and healing in relationship with others. Her call to action to have us all think about the way we act and speak differently is something we’ll all be thinking about for days to come.

On Thursday, Upswell brought to life 26 workshops, each one giving changemakers opportunities to delve into the tools of the trade for doing good in their own communities. The Day 2 workshops covered topics like technology, public policy, racial equity, and the role of values in guiding changework.

In one inspiring session from the earliest set of workshops, Accenture’s Marty Rodgers moderated a discussion between Games for Change’s Asif Khan, Save the Children’s Kevin McAndrew, and Oculus’s Amy Seidenwurm about how the social sector can use augmented and virtual reality (AR and VR) to powerful effect. One telling statistic shared in the session was that 48% of donors are likely to increase their donation intent after interacting with a nonprofit’s work via VR.

One workshop that generated a spirited discussion featured seasoned philanthropy commentators Rob Reich, David Callahan, and Paul Brest alongside California Association of Nonprofits leader Jan Masaoka. The four panelists—who all admitted to being “cranky” toward the nature philanthropy in the traditional sense—wrestled with democratic imbalances that rise from large-scale philanthropy.

During the block of workshops that closed out the day, Myung Lee of Cities for Service was joined by mayors Sam Liccardo of San Jose and G.T. Bynum of Tulsa. Liccardo and Bynum shared a bit about the different ways they’ve broke from the status quo in their cities by involving more of their city’s residents in the process of examining and ultimately tackling complex issues like homelessness and racial inequity.

Around the Public Square

Just like on Day 1, the Public Square was abuzz with activity from early in the morning to late at night. In one area, dozens of changemakers huddled throughout the day for intensive Focus Groups, exchanging ideas about topics like storytelling, healthcare, and equity. In another area, innovators shared high energy Spark Talks about diversity, poverty, and the social sector talent pipeline. People plugged into more virtual worlds in the Immersive Arcade, networked over games of ladder golf and giant Connect Four, and experienced short plays written to shine a light on what it means to live as a person of color in the US. Oh, and the coloring wall started to fill in quite nicely!

The changemaker community is proud of its many innovative and forward-thinking leaders. Day 2 closed with the style and celebration at the Upswell Leadership Awards Dinner.

Mila Cuda, youth poet laureate of the West Coast, teaching artist at Get Lit, and proud member of the LGBTQ community, kicked off the celebration with a loud and proud spoken word presentation. Jeff Bradach, managing partner and co-founder of The Bridgespan Group, and Independent Sector Board Chairman, welcomed dinner attendees and introduced Fred Blackwell, CEO of The San Francisco Foundation, IS Board Vice Chair, and proud son of the recipient of the John W. Gardner Leadership Award, Angela Glover Blackwell. Ms. Blackwell, Founder and President of PolicyLink, proudly accepted the prestigious award, presented annually to an individual in the nonprofit community whose leadership has been transformative; who has mobilized people, institutions, or a cause that improves the lives of others; and who exemplifies the leadership and ideals of the founder of Independent Sector and award namesake. Blackwell wowed the audience when she revealed that she actually knew and became well acquainted with Gardner when he asked to meet and talk with her about issues regarding racial tensions that she raised during a speech that he attended.

Following the dinner, Marty Rodgers, office managing director for Accenture’s Metro Washington, D.C. Office, honored the winners of the inaugural Innovate for Good Challenge, a new initiative supported by IS and sponsored by Accenture to promote and heighten awareness of organizations that are catalyzing social change through new I.T., such as artificial intelligence, blockchain, and/or extended reality. The challenge is part of Independent Sector’s Tech for Common Good, a cross-sector collaborative.

Honorees included first-place winner Connect Our Kids, which developed an intelligent software platform that enables social workers and family recruiters to speed and scale foster child placement based on data-based decisions;  second-place winner YWCA Silicon Valley, which works to engage and increase the number of young women and underrepresented minorities in computer science and STEM in Silicon Valley; and third-place winner Raheem AI, which is building the nation’s first community-based mapping system to collect information regarding police conduct.

Richard Brown, Vice President of Philanthropy at American Express, presented the 2018 American Express Leadership Award to Stacy Stout, assistant to the city manager of Grand Rapids, Michigan. The award is presented annually to an emerging changemaker 40 or under who has demonstrated transformative social impact through collaborative leadership.

Stout’s accomplishments include creating and implementing the Neighborhood Leadership Academy to increase sustainability of neighborhood associations and to strengthen use of a racial equity and resident empowerment lens.

The night came to a powerful close when Bob Lynch, President and CEO of Americans for the Arts, took the stage to present the night’s musical guest, Vijay Gupta, Los Angeles Philharmonic violinist and 2018 MacArthur Fellow. Vijay captivated the crowd with a stirring rendition of “Danny Boy” and then told moving stories about Street Symphony. The organization places social justice at the heart of its music-making and creates opportunities for musical engagement and dialogue between world-class musicians and people disenfranchised by homelessness, incarceration, and poverty in Los Angeles County.

It was a soul-stirring way to end a powerful day. 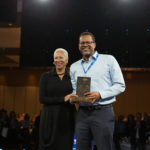 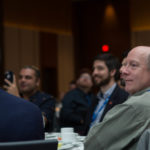 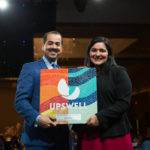 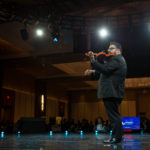 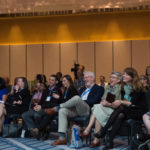 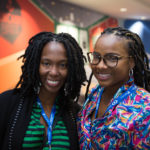 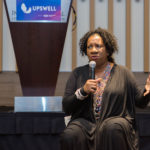 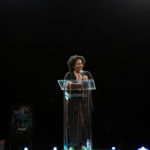 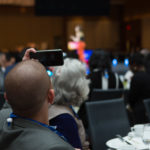 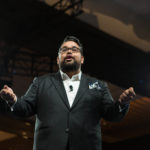 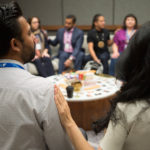 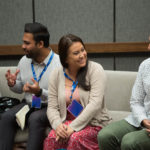 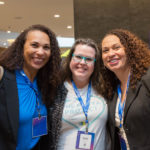 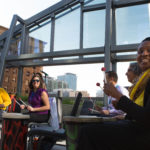 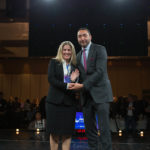