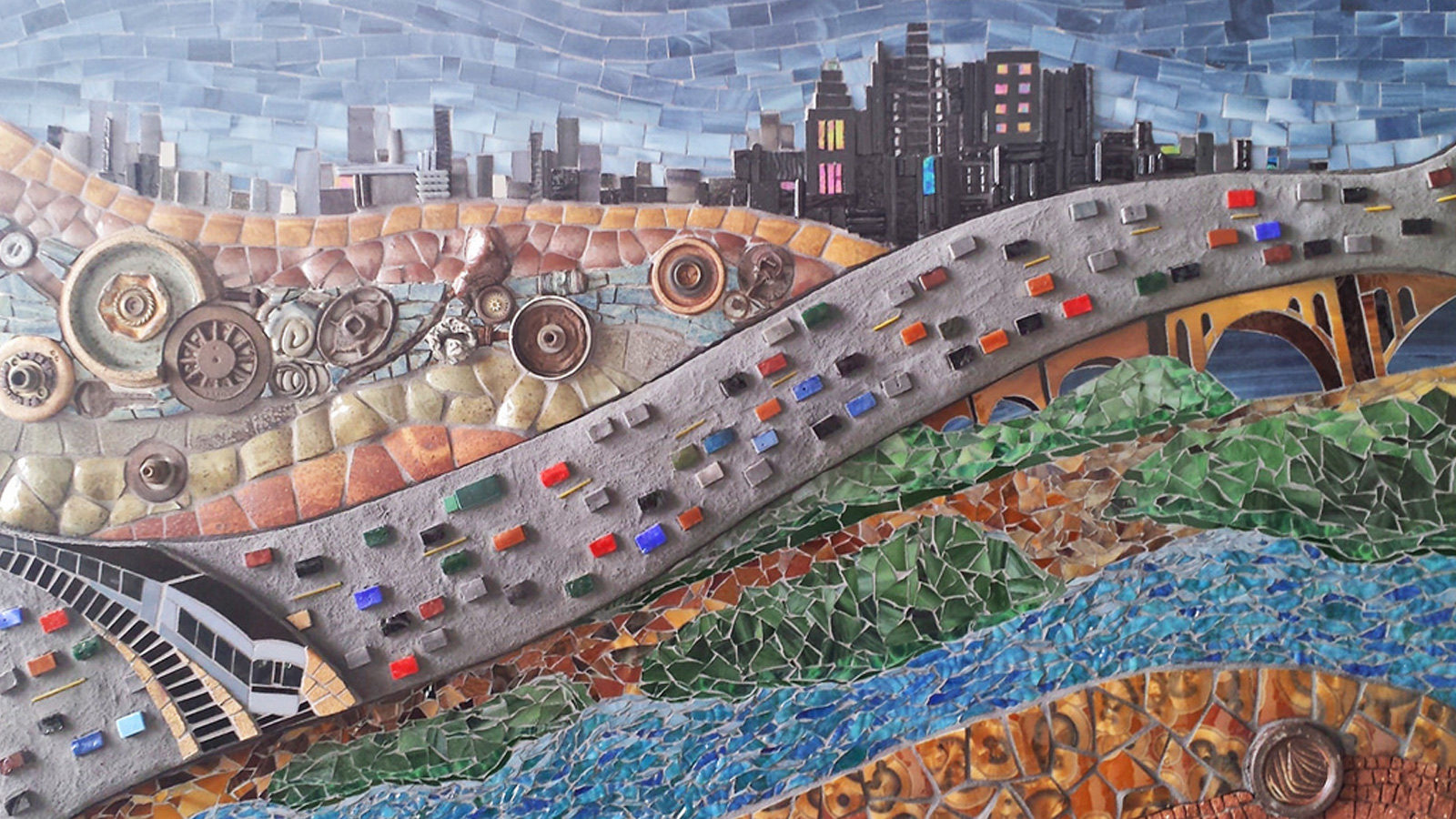 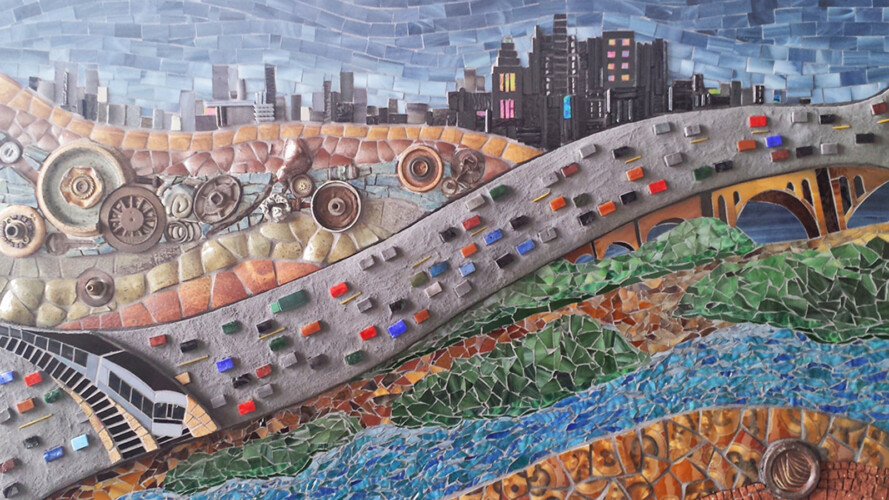 In the city of Los Angeles where the homeless population is in excess of 30,000 – it is impossible to ignore one of the region’s most glaring issues.

In 2006, artist Sophie Alpert took a trip to South Africa where she toured a social enterprise that helped train HIV-infected women in the art of crafting beaded dolls that they could sell for personal income. This experience inspired Alpert to bring a similar concept back to the Skid Row community where she previously worked at a childcare center.

Piece by Piece artisans have created unique awards for a number of organizations including Universal, United Way, Corporation for Supportive Housing, Skid Row Housing Trust, and the Southern California Leadership Network. Their talented artisans also designed the physical award that will be given to Independent Sector’s 2018 American Express NGen Leadership Awardee recipient this month at Upswell in Los Angeles.

Dawn Mendelson, managing director and highly skilled mosaic artist, taught the very first class at Piece by Piece and says an integral part of the program is making the materials accessible.

“Anyone can do it, and it’s easy to do it with whatever materials you can get,” Mendelson said, adding that the recycled materials they’ve used include beer bottles, tiles, broken plates, cardboard, seashells, buttons, beads, and walnut shells.

Mendelson designed the arts curriculum and has been in a leadership role at the organization since 2007.

Piece by Piece holds four mosaic classes per week. The classes are regularly held at two main locations—Star Apartments and Broadway Village II in South Los Angeles, but they also host workshops at community events like the Central Avenue Jazz Festival and at the local law library. To make transporting materials more convenient, the team has developed a “booth in a box” where they keep materials stocked for a particular event.

“Sometimes we wish we were in the origami world because the materials are so heavy,” Mendelson joked.

Workshop instructors introduce a new theme each month. For October it was trees. Mendelson said that class members looked at trees painted by Van Gogh and trees made of mosaic tiles, then created their own “masterpieces” based on inspiration.

“We try to encourage everyone to do their own drawing and interpretation,” Mendelson said. She acknowledged that a lot of first-time mosaic artists are intimidated by not having a stencil to start from, but quickly adapt due to the way the instructors approach it.

“Mosaic is very forgiving,” she said, adding that you could literally just draw a stick with a poof ball on the top, but the mosaic will give it flair.

The organization has five regular instructors, two full-time staff members, and several volunteers, and founder Alpert remains very active at the organization, according to Mendelson.

Piece by Piece artisans handcraft individual art projects, commissions, public art, and awards. They also have an online store where they sell their mosaicwares. Mendelson said that the end of the year is typically their busy season. When pieces are sold, 60 percent goes to the artist and 40 percent goes back into the organization.

Symbolic of their name, the organization helps participants piece together their lives and community. In addition to learning the skill of mosaic art crafting, participants learn employable skills like teamwork, communication, dependability, and meeting deadlines.

Mendelson said she has noticed “amazing changes” in the lives of participants during her many years at the organization. She recalled one artist who entered the program with no mosaic training, who subsequently had the opportunity to display her work at a Los Angeles art exhibit this fall. The artist first entered the program feeling “discombobulated and frustrated” because she couldn’t find housing or work but indicated that “piece by piece” was a great metaphor for her life — “one piece down, and then the next.”

“That’s what it’s all about,” Mendelson concluded.