Savoring art of combinations at The Park’s Finest 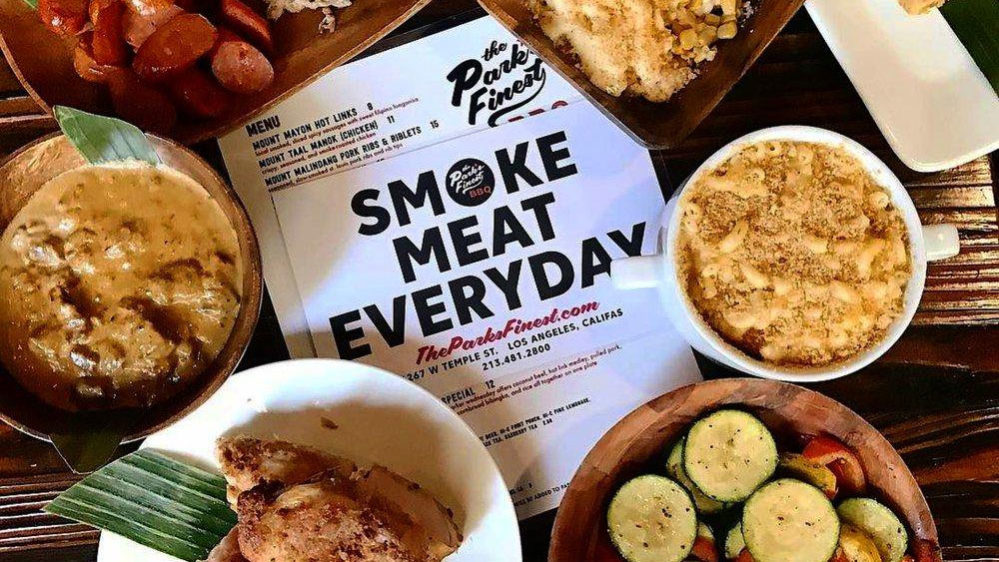 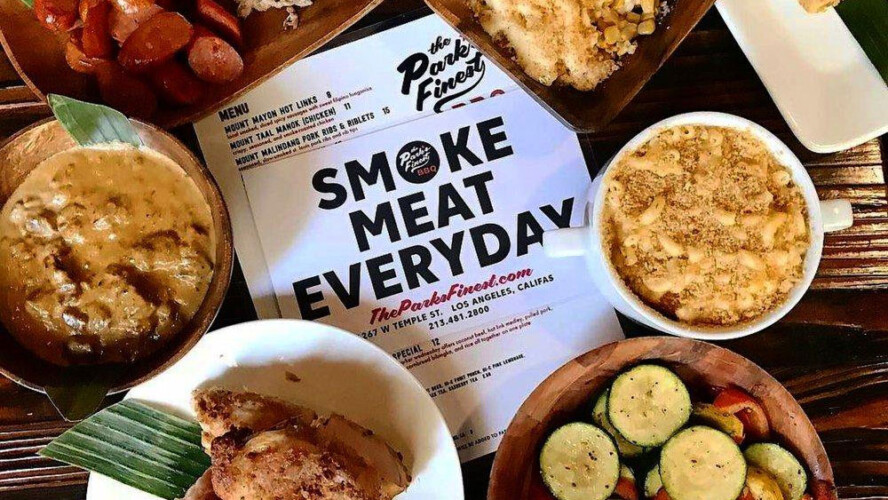 Savoring art of combinations at The Park’s Finest

Here’s a cool trick that creative thinkers use to generate great ideas: combine two existing things. That’s it. Sometimes, genius can be found at the nexus of two things that nobody had thought to bring together.

For example, in 2000, the Japanese company Sharp combined a wireless phone and a camera for the first time. Now we take trillions – yes, trillions – of photos a year, fueling social media platforms, documenting every aspect of our lives, and annoying fellow restaurant patrons by taking pictures of our food instead of eating it.

Speaking of food, one of Upswell’s Community Dinners is a brilliant example of this creative fusion tactic.

The Park’s Finest in Echo Park, Los Angeles mashes culture and cuisine. As the story goes, a group of friends who grew up around Historic Filipinotown (an LA Inside & Out tour, by the way) decided to combine their families’ traditional Filipino recipes with Southern-inspired BBQ, by way of Los Angeles’ famous backyard barbeques. Stated cleverly by the founders, it’s “50% Mom. 50% Pop. 100% LA.”

The restaurant has been praised by Food and Wine, showcased on national news shows, and celebrated by the king of delicious food himself, Guy Fieri, on Diners, Drive-Ins, and Dives.

In November, as you’re served a stack of Mama Leah’s Coconut Beef, San Pablo Pulled Pork, and Ann’s Cornbread Bibingka, delighting your taste buds with the Filipino/American gastronomic hybrid, maybe you could chat with your fellow changemakers about things we haven’t yet thought to combine in the social sector.

And, if you have the self-control to somehow keep this food away from your mouth long enough to take a picture, well then, more power to you!