Cardborigami: A pop-up solution to reshaping the LA homelessness crisis 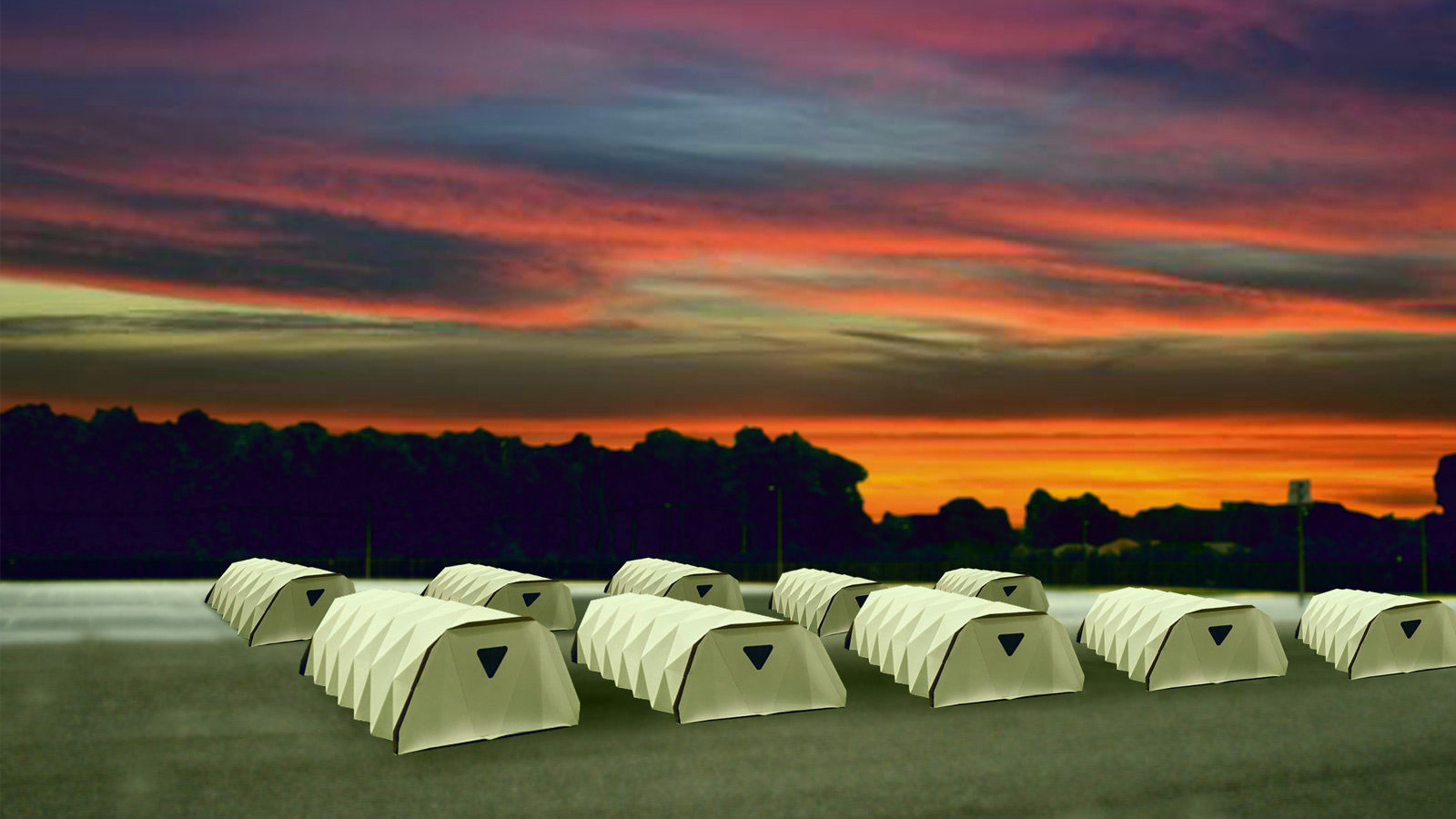 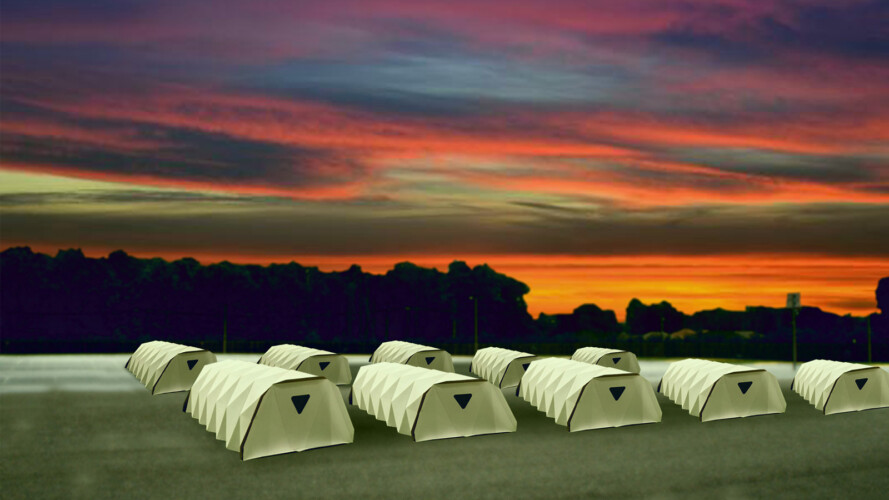 Cardborigami: A pop-up solution to reshaping the LA homelessness crisis

The image of a cardboard box has been inextricably associated with urban homelessness for decades.

Enter Tina Hovsepian, a Los Angeles native and architect with a desire to combat one of the city’s most devastating challenges—and who responded in 2007 with a simple, cost-effective defense: Cardborigami.

Cardborigami, a nonprofit startup, shares its name with the fully collapsible, water-resistant, portable cardboard shelter model that Hovsepian developed while studying architecture at the University of Southern California. The organization’s mission — “to provide instant space to protect people from the elements through innovation and design.”

But, back to Step One – the Cardborigami unit. The cardboard structure requires no tools to assemble and can be compacted easily and stored. When opened, a Cardborigami stands approximately six-by-four feet and is large enough to accommodate two adults. Approximately 100 versions of the prototype have been made over the past ten years, and the organization is always looking for ways to streamline production.

“Anyone that needs shelter immediately can benefit from a Cardborigami,” said Genevieve Liang, Executive Director of Cardborigami since March 2017. Liang has an MBA and background in CleanTech (Clean Technology – products, processes, or services that reduce waste and require as few non-renewable resources as possible). Hovsepian and Liang, both USC alums, met two years ago at Dwell on Design, an annual convention for the design community, and each has been recognized for their changemaking work in California.

The nonprofit is completely volunteer-run, with a staff of approximately 20 volunteers serving in various capacities at any given time. Collaborations with other organizations are crucial to the organization achieving its huge mission. Partnerships include teaming up with the Boy Scouts to create the Cardborigami models as part of earning their Eagle badges. Liang said that the team is currently working with Obama Foundation Fellow Harry Grammer and students from his program, New Earth, which provides mentoring and support for juvenile justice and system-involved youth ages 13-25. Some of the students have experienced homelessness themselves and now feel empowered through helping others as they develop workforce skills. Cardborigami is also working with engineering students to examine potential safety issues with the model like flammability, and to determine tolerances and durability.

But despite the great support they receive to develop the structures and make them available to those in need, getting the product into the hands of unsheltered homeless individuals remains a huge challenge, in Los Angeles in particular.

Local laws present a barrier to simply giving the models to homeless persons. “It is criminal to sleep on a sidewalk in Los Angeles,” Liang explains, and the Cardborigami can be confiscated by the police.

Through what Liang describes as a “community-driven” initiative, Cardborigami is exploring alternative distribution methods, including partnering with homeless service providers to offer holistic support to their homeless neighbors by deploying “pop-up” or “host” sites.

Methods being explored by Cardborigami include using sites owned by churches or willing property owners – such as vacant space or parking lots — during nighttime hours to set up Cardborigami shelters, provide on-site social services to offer case management support, and help develop long-term solutions. Liang says case management can be difficult for someone without stable housing, telephone service, transportation, or a way for social workers to maintain contact with them. In addition to offering a guaranteed place to sleep, pop-up sites would also provide a point of contact between those in need of services and service providers.

Liang said it is important that Cardborigami is intentional about setting up pop-up sites throughout Los Angeles County. While mainstream media focuses on Skid Row as the most publicized face of homelessness in Los Angeles, other parts of the county also experience extreme homelessness, making it important to extend resources as widely as possible. The organization has long-term plans to expand services to cities outside of Los Angeles that have unsheltered homeless.

Cardborigami is hoping to have their first pop-up site in the fall, utilizing models built by the New Earth youth. They also are relying on community support.

“It is important to involve the neighbors from the community to serve as volunteers. It bridges the gap when they feel part of the process,” Liang said.

While Cardborigami’s number one issue area is homelessness, its innovative and practical solution for unsheltered homeless people also has proven invaluable in disaster relief situations.

The organization donated 17 Cardborigamis after the devastating earthquake in Oaxaca, Mexico, in 2017. They also donated 35 Cardborigamis locally following the destructive wildfires in Ventura, California this past December.

While Cardborigami has received some grant funding, the nonprofit relies on the generosity of individual donors. It costs $100 to build one Cardborigami. Liang said that this is significantly less than what it costs to shelter a person in a bed in a brick and mortar structure for one night.

Cardborigami’s cardboard shelter pop-up site model is a creative and innovative response to homelessness. But don’t just take our word for it. See Cardborigami for yourself in November at Upswell’s Public Square!

More from Tina Hovsepian’s on how origami inspired her journey to combat homelessness.