Turning the table over 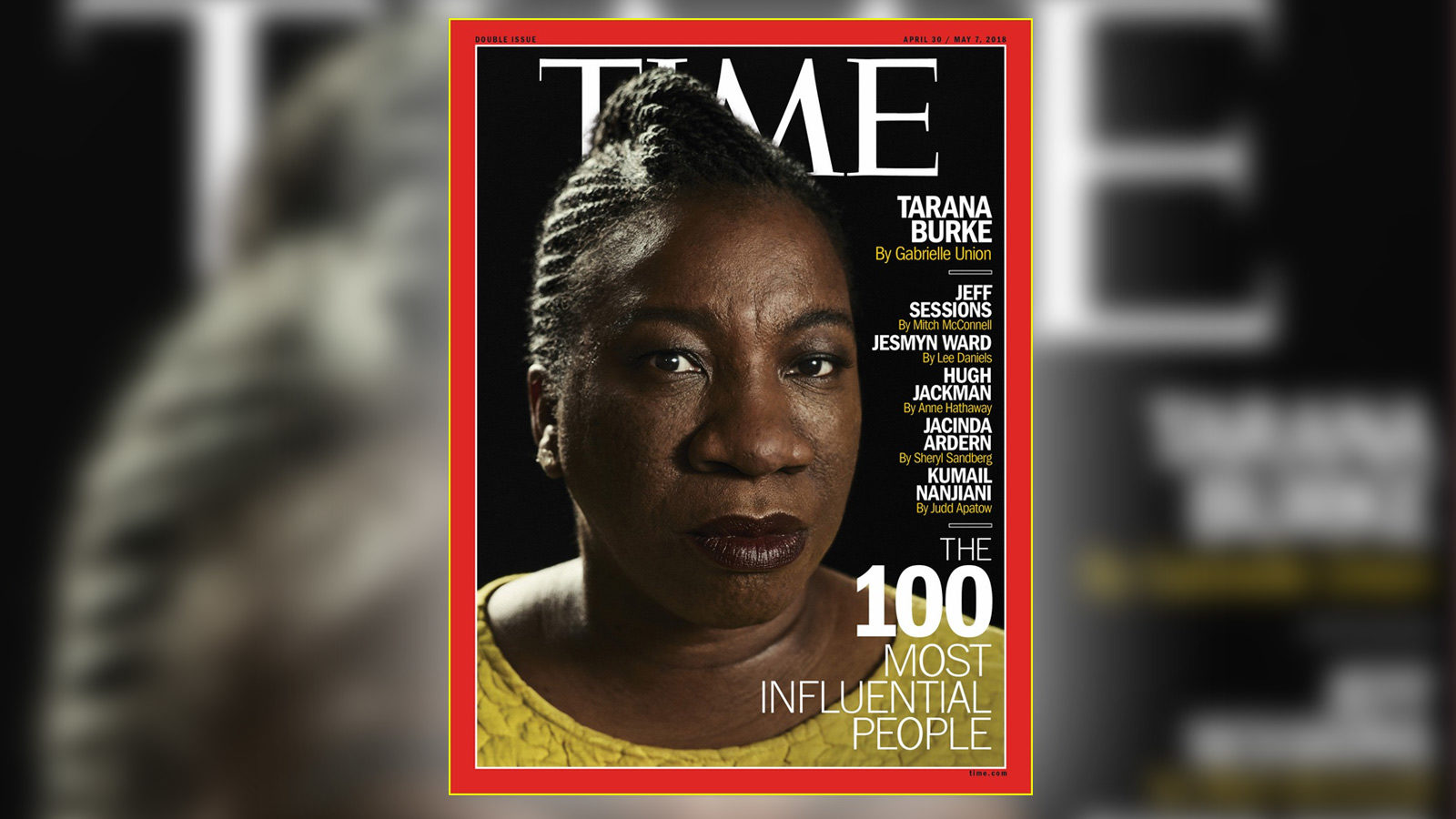 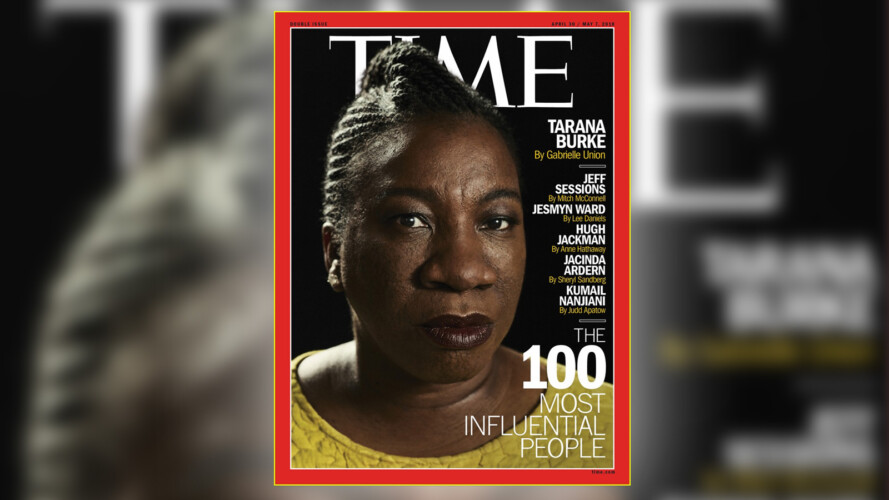 Turning the table over

In the final month of 2017, many will recall TIME’s break from traditional form in its choice of Person of the Year. For only the 11th time in the 90-year history of the designation, the magazine’s Person of the Year was an unnamed group of people. With a moving and (we daresay) timely cover to show for it, that group was “The Silence Breakers.”

Though not pictured on the cover, #MeToo movement leader Tarana Burke was one of many individuals—women and men spanning “all races, all income classes, all occupations and virtually all corners of the globe”—whose stories figured prominently into the pages between the astute, commanding covers we haven’t forgotten, even four months into a new year.

Tarana’s most recent visibility in TIME has not been so discreet though. And we take it as a sign that the momentum of #MeToo and #TimesUp isn’t going anywhere. On Wednesday, April 19, TIME unveiled its 100 Most Influential People of 2018 issue with a six-cover series—one of which features Tarana.

In a tribute to the profound movement leader for the newest issue, actress Gabrielle Union said, “For Tarana, it’s not about personal gain or attention but doing the work in a way that makes people feel like they can join in.”

#MeToo founder @TaranaBurke is “not even going to bring more seats to the table—she’s going to turn the table over and build a new one,” writes Gabrielle Union #TIME100 https://t.co/SBDW4OZHKE pic.twitter.com/CgMxiG3m0e

TIME describes the influential people list as “a designation of individuals whose time, in our estimation, is happening right now.” For Tarana—and so many others who share her boldness and keen sense of justice—the time is now.

Last month, we had the chance to share the exciting news that Tarana—along with journalist Lisa Ling and artist Erik Wahl—will be joining us at Upswell in Los Angeles this November 14-16. We seriously can’t wait until then. But we know we’ll see and hear much more from Tarana in the months ahead.