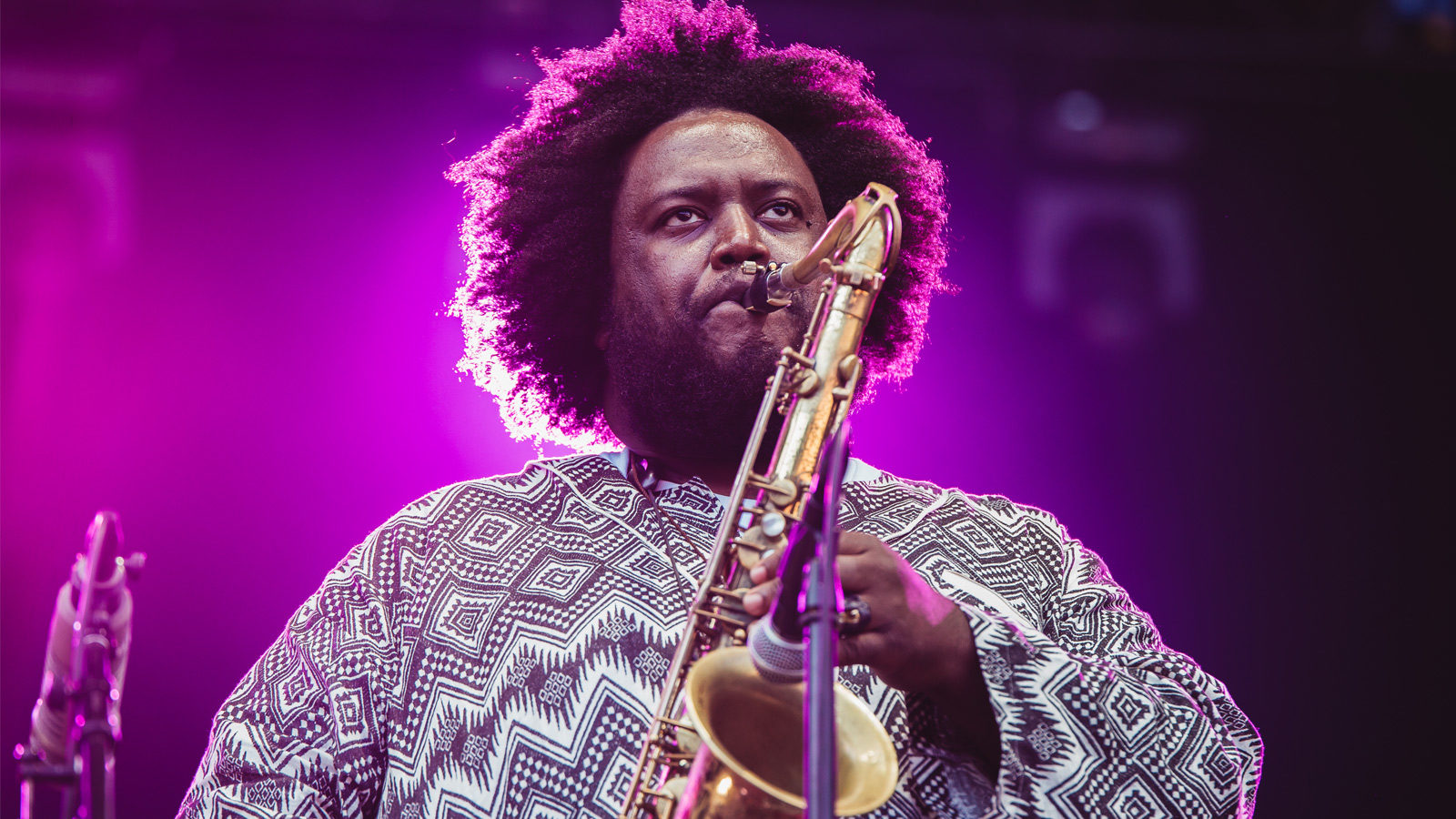 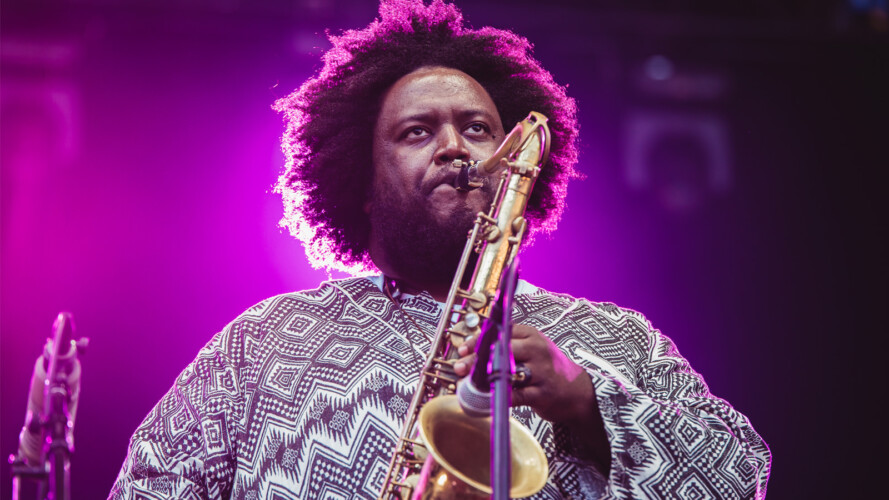 Kamasi Washington and his band came up in the LA music scene by playing sets on the DJ night and goth club circuit. Today, the fusion tenor saxophonist is widely considered one of the vanguards of Los Angeles’s resurging jazz community. His debut studio record—a 172-minute tour de force, recorded with his ten-piece band and aptly named The Epic—was released to critical acclaim in 2015.

As the child of a musician—one of seven children, in fact—Washington started playing clarinet at a young age. He changed his tune, however, when an older cousin made him a Lee Morgan and Art Blakey mixtape. It was then that Washington discovered an incipient love for saxophone. So determined was he to convince his father to let him switch instruments, that he taught himself a Wayne Shorter song in a single day to prove he could play the new instrument well enough to merit the transition.

Important to Washington’s upbringing as a performer was his involvement in the LA Multi School Jazz Band in high school. The program endures today, still with the purpose of keeping kids who live in predominantly African American neighborhoods together to make music, since many who pursue the arts attend magnet schools in different parts of the sprawling city.

Washington’s forthcoming sophomore studio record is due this fall, but he’s been a busy man in the few years since his first project. Among other projects, Washington has been tapped for collaborations with influential artists like Kendrick Lamar and John Legend and was even commissioned to contribute a standalone multimedia installation for the Whitney’s Biennial celebration. Although Washington will be touring Europe between now and August, West Coast fans can catch him in late June in Pasadena for this year’s Arroyo Secco Weekend, and East Coast fans can catch him for a show in Forest Hills, NY before he heads back overseas.

To sample some soulful sounds of one of Los Angeles’s own, check out our handpicked selections from Washington’s musical ventures.