The Milk Carton Kids: The wit is strong with these ones 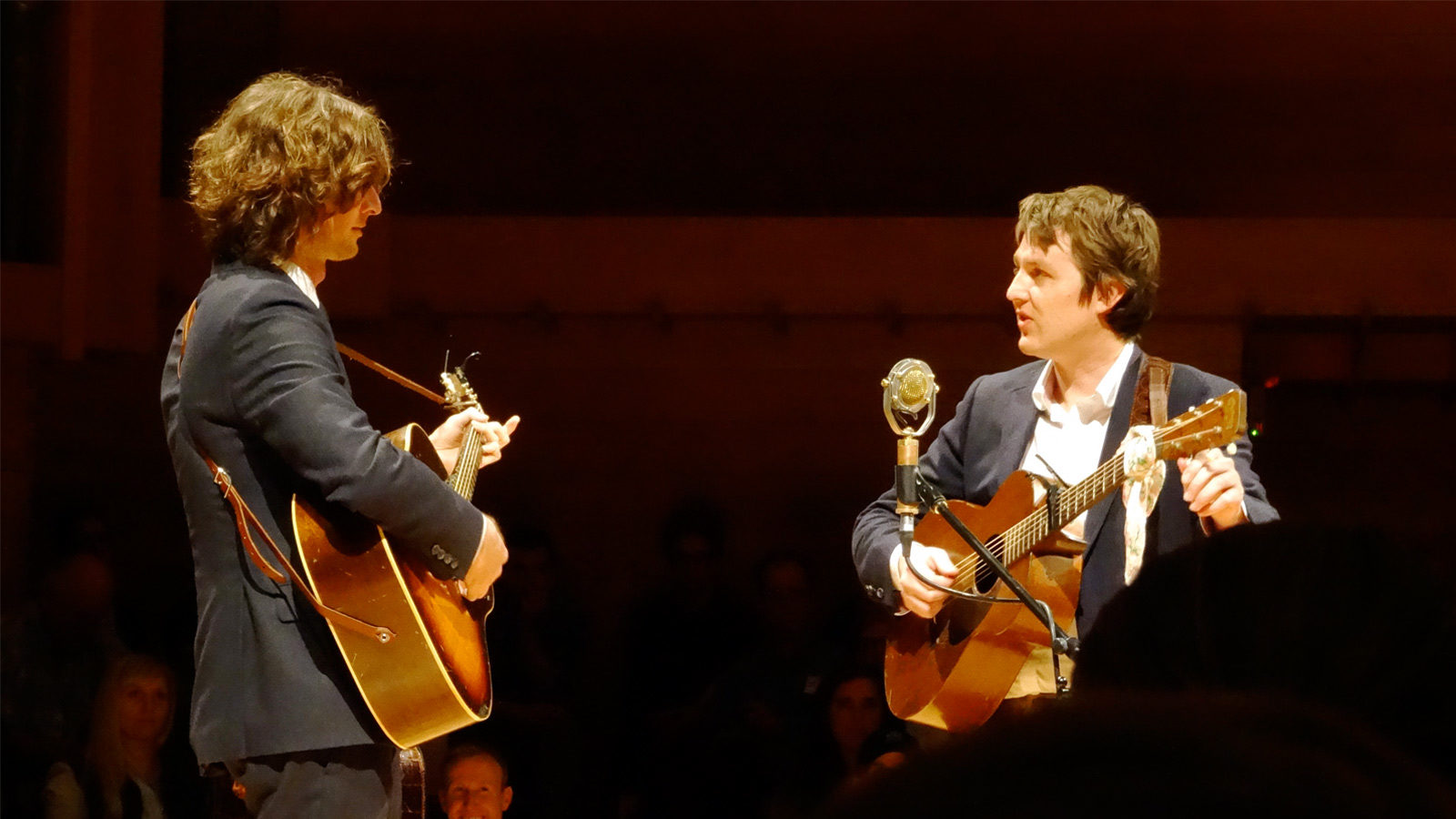 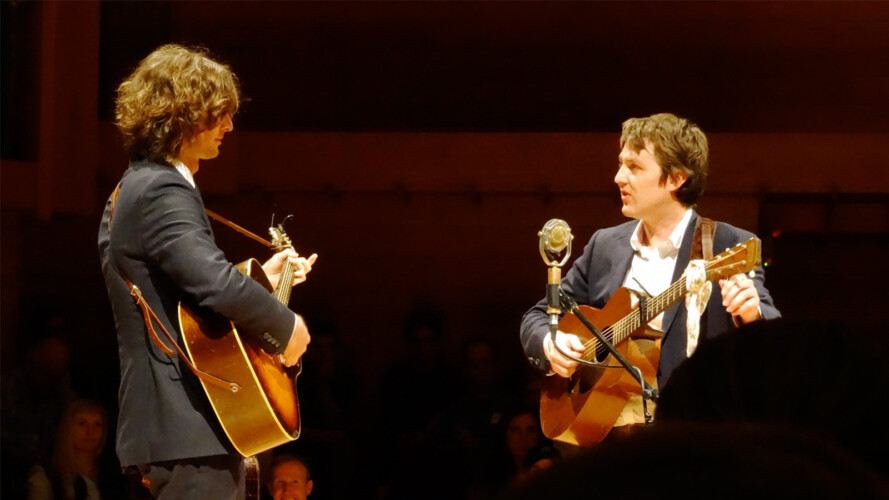 The Milk Carton Kids: The wit is strong with these ones

If you reach for studio material from Joey Ryan and Kenneth Pattengale looking for something new, you might be disappointed. The two-man act known as The Milk Carton Kids doesn’t feign to be anything new. After all, they play folk music. By Ryan’s own admission at the 2013 Newport Folk Festival, they’re effectively card-carrying Luddites. The duo from Los Angeles writes, then finger-picks their way through acoustic songs with tight Simon and Garfunkel-esque harmonies. They always perform in suits and much of their material draws from the overland, rambling roots music tradition of Woody Guthrie.

With three studio records under their belt and a resume that includes gigs from producers like T Bone Burnett and Jay Sweet, The Milk Carton Kids aren’t unknowns in the music world. But unless you’ve been to their shows or listened to their live sets from Mountain Stage or the Newport Folk Festival, you may not be privy to their signature wit. A Milk Carton Kids show is as much a musical experience as it is a buddy act powered by endearing self-deprecation and deadpan punchlines.

Since the release of their 2015 studio project, Monterey, Ryan and Pattengale have remained busy on the road. In October 2016, they joined a train of acclaimed singer-songwriters for Jesuit Relief Service’s annual Lampedusa: Concerts for Refugees series. Since 2017, Ryan has also been working many Saturday nights as a producer for Minnesota Public Radio’s Live From Here. The pair will suit back up for three shows in Wisconsin and Illinois with John Prine this April. While they have no full tour planned for 2018, thanks to NPR Music, you don’t have to wait to see them live to see what the pair is about. Check out some hand-picked recordings from past live performances and peruse Spotify’s top tracks by these Los Angeles musicmakers.