Scrambled eggs with a side of history 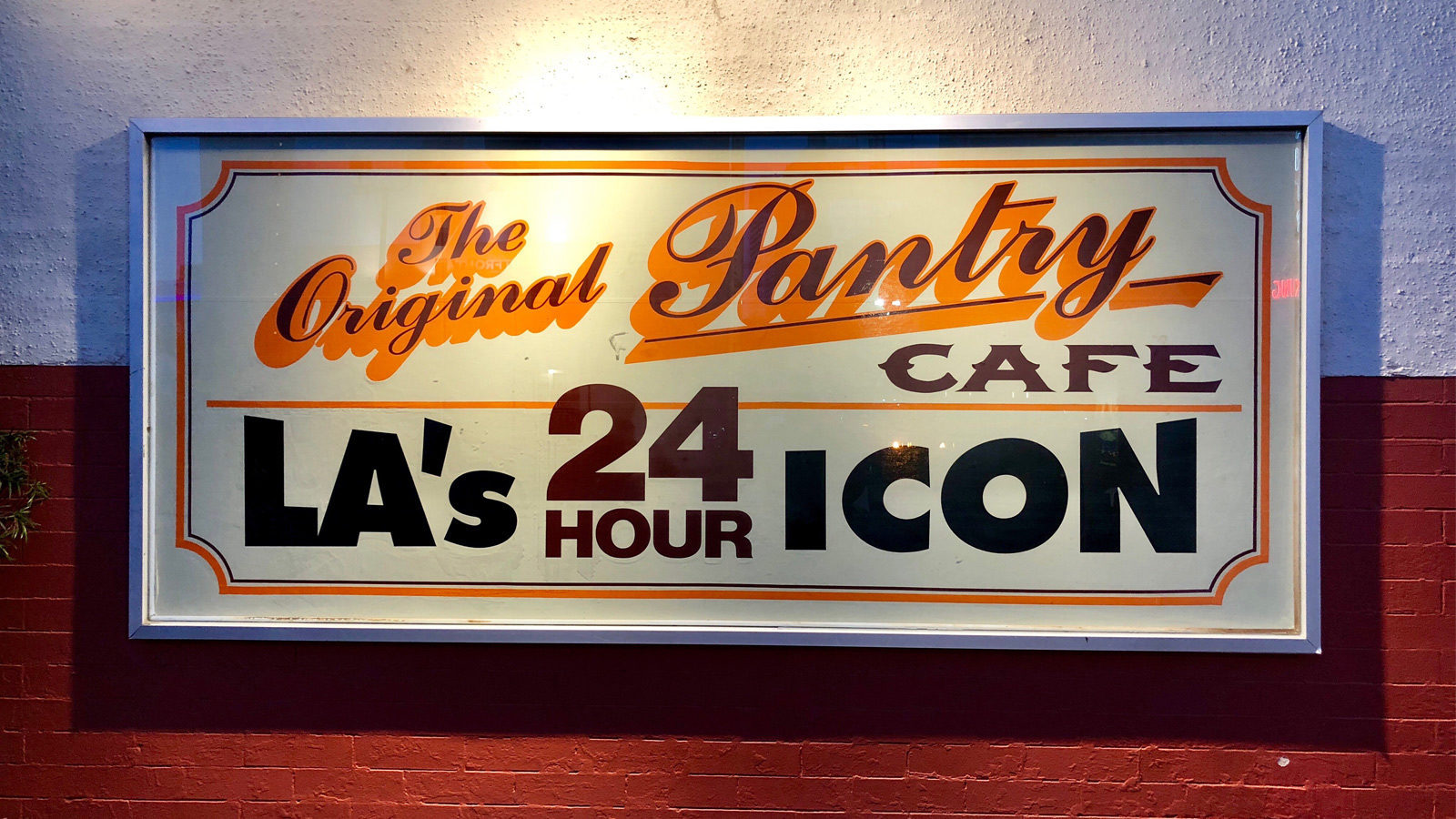 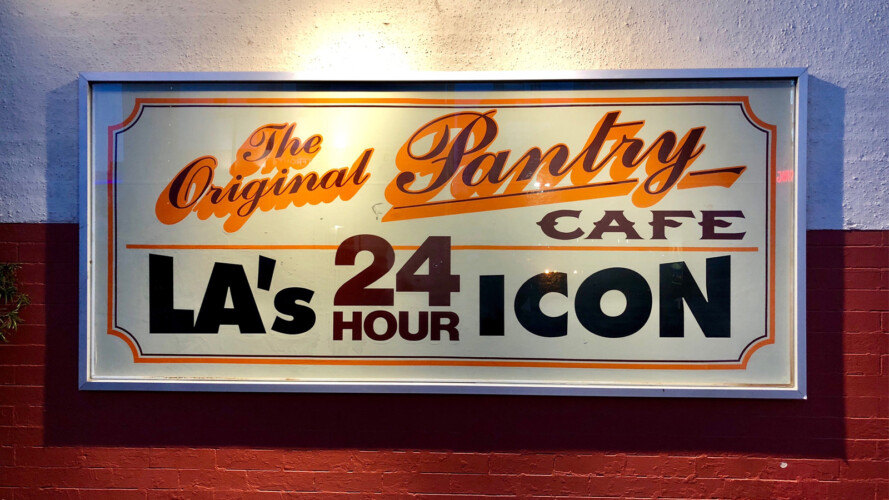 Scrambled eggs with a side of history

If you’re flying from the East Coast to attend Upswell LA, it’s almost inevitable that you’ll be wide awake at 4 am in the Pacific Time Zone. But don’t worry, the perfect cure for insomnia is just four blocks away.

The Original Pantry Café touts itself as “LA’s 24-hour icon.” For almost 100 years, they’ve been serving classic diner food round-the-clock. They literally don’t have locks on the doors because there are always people inside – and often lined up halfway around the block.

Zagat says the Pantry is like something out of a Raymond Chandler story, and that just about sums it up: linoleum floors, wood paneling, open kitchen, and photos of famous guests from the 50s and 60s. Every local seems to have a story about a celebrity sighting here, and former Mayor Richard Riordan still shows up several times a month (But then, he does own the place).

You order off a menu bolted to the wall, and the food appears before you know it. Six strips of bacon atop scrambled eggs. A mountain of hash browns on a separate plate. On a third plate, pancakes so big they stretch from rim to rim, forcing excess syrup to drip directly onto the Formica tabletop. All of this runs $14, plus another 85 cents for coffee – cash only, pay at the door.

As I’m snapping pictures outside, a homeless man approaches to offer his upbeat philosophy on life, in the form of a rap that he wrote himself. He introduces himself as Mac D – clean and sober and living temporarily at the LA Mission, a short walk from the Pantry.

Oh, and he’s also been featured on TMZ, he tells me, rapping for Mariah Carey. It’s barely 6 am in LA, and I’ve already experienced an iconic breakfast and met a minor internet celebrity.